Comedian Raju Srivastava gets heart attack while working out 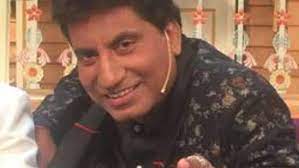 Well-known stand-up comedian Raju Srivastava gets a heart attack while working out at the gym. He was using the treadmill for exercise when he suddenly passed out from chest pain. His trainer brought him to AIIMS Delhi, where he received thrice CPR to revive his heart.

After having a heart attack while exercising at the gym, Raju was treated at the AIIMS hospital in Delhi. He complained of chest trouble while jogging on the treadmill and passed out.

He is currently receiving care from the Cardiology and Emergency Department team at AIIMS, under the direction of Dr. Nitish Nyay. During his workout in the gym, according to AIIMS sources, Srivastava experienced a cardiac attack.

Raju’s trainer took him to the hospital. To revive his heart, the comic had CPR twice. He has recovered and is being watched at AIIMS right now.

Raju Srivastava’s brother, Ashish Srivastava confirmed the news. He said, “Kanpur-based comedian, Raju Srivastava, Chairman of Uttar Pradesh Film Board, had a heart attack while going to the gym. He was staying in Delhi to meet some of the big leaders of the state. He went to the gym in the morning and then went to another gym that day. During the same time, he got a heart attack. He has been admitted to AIIMS. But he is back under control. After 5 minutes, the doctors allowed the relatives to meet his grandfather. Only after meeting him, they will be able to give rest of the information.”