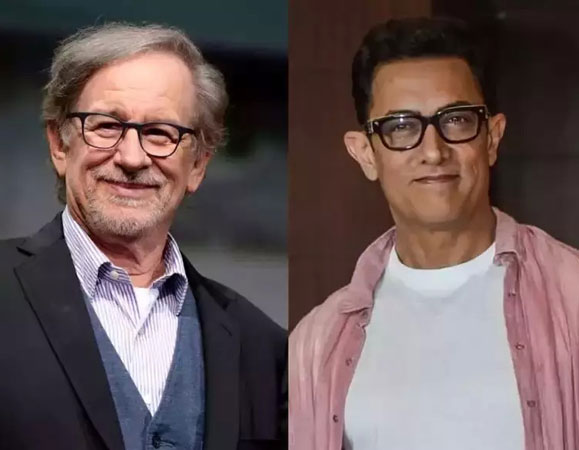 Aamir Khan will return to the big screen after four years with his film Laal Singh Chaddha that releases on August 11. The film reunites Aamir and his 3 Idiots co-star Kareena Kapoor. Directed by Advait Chandan, Laal Singh Chaddha is the official Hindi remake of the 1994 Tom Hanks film, Forrest Gump. In a new interview, Aamir spoke about spending close to eight years in acquiring the rights of the Hollywood classic that was directed by Robert Zemeckis.

Aamir, who is busy with the promotions of Laal Singh Chaddha, recently opened up about meeting Hollywood director Steven Spielberg in Germany in connection to buying Forrest Gump rights for its official Hindi remake. The actor said he ‘went and met various people’ to get the rights of the Oscar-winning film, and even flew all the way to Berlin to meet Steven, in the hope that he might put in a word to Robert for Aamir.

When asked what took so long for him to acquire the rights of Forrest Gump, Aamir told journalist Baradwaj Rangan, “It is not nice to go through the details (now). We approached Paramount (Paramount Pictures), which is the company that owns and has made the original. Initially, they said you can take any rights from us, as that time was helping us; I am talking about 14 years ago. There was different management then. Not only in Paramount, but also in Viacom. That time for some reason it was not working out.”