No death reported in flood-hit Balochistan in 24 hours 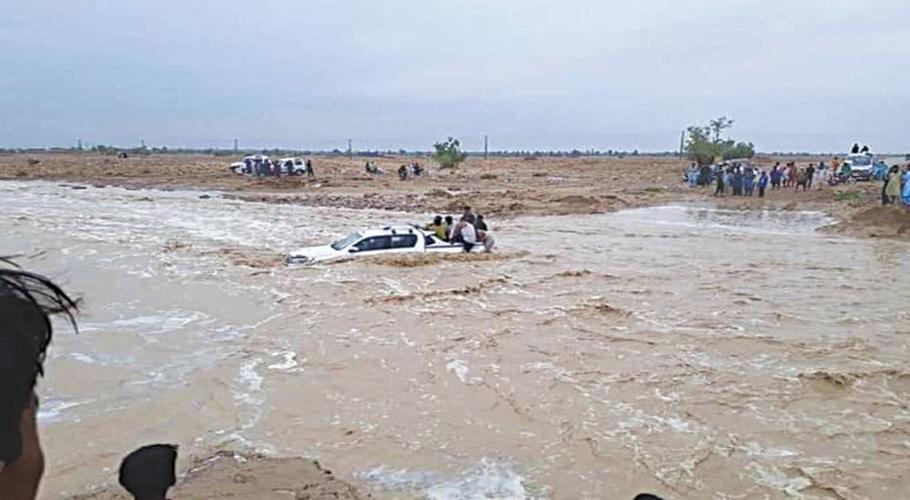 The PDMA report stated that 176 deaths were reported in Balochistan from June 1 till today after the disastrous rains and flood situation. A large number of women and children were included among the deceased citizens, it added.

Overall 18,087 houses were demolished and damaged, whereas, six roads were damaged covering 670 kilometres after rains. 16 bridges were collapse and 23,013 cattle were swept away in floods. The floods affected crops on 200,000 acres of land. The rains and floods also caused damages to solar plates, tube wells and boring across Balochistan.

On August 5, Prime Minister Shehbaz Sharif had announced to impose emergency in areas hit by severe monsoon rains and flood. He ordered the finance ministry to issue Rs 5 billion to National Disaster Management Authority (NDMA) for rescue and relief programs.

A state of emergency has been imposed in areas severely hit by floods and rains.

Additionally, the PM has ordered to form a joint committee of NDMA and PDMA to commence rescue and rehabilitation programs for the flood-affected people.

The PM ordered the Finance Ministry to issue Rs 5 billion for the rescue and relief programs. He said, the programs are their utmost priority. We will have to think about the people in distress over our political conflicts, the PM added.