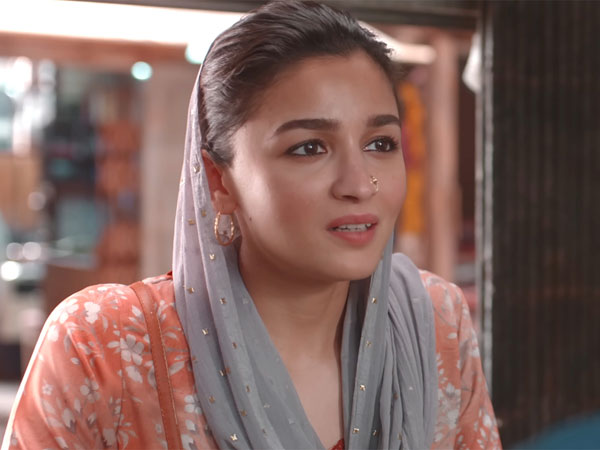 While Alia Bhatt is busy promoting her upcoming film ‘Darlings’, “Boycott Alia Bhatt” started trending on Twitter, just one day before the release.

Netizens feel that the actress is promoting domestic violence against men through the film.

‘Darlings’ features Alia Bhatt in the lead role of Badrunissa, a domestic abuse victim, who sets out to take revenge on her husband Hamza for torturing her. While the film deals with a sensitive issue, the trailer showed Alia’s character kidnapping and beating her husband in the same house and filing a fake missing complaint with the police as part of the revenge.

In the trailer of ‘Darling’, Alia can be seen tying up Vijay’s hands, beating him up with a pan, and thrusting his face into water to teach him a lesson. In a particular scene, she says “I don’t want to kill him. I will treat him the exact same way he treated me.”

However, this did not go down well with the netizens. “Stop Making violence against men a joke #BoycottAliaBhatt,” wrote a user. “She produced a movie which makes entertainment out of torture of men by women,” added another user. Not just this, netizens also compared Alia with Amber Heard, while Vijay Varma was compared with Johnny Depp. “Alia Bhatt is nothing but Amber Heard of India. She promotes domestic violence on men and makes fun of it,” added a user on Twitter.

However, many users showed their support for the movie. “People who are trending BoycottAliaBhatt should watch the trailer instead of making a mockery of themselves… Alia bhatt was herself shown a victim of domestic violence and after that she decided to take revenge,” added one user. “If you a real feminist, you must support Alia Bhatt,” added another. Directed by Jasmeet K Reen, ‘Darlings’ is about the kidnapping of Hamza by his wife and her mother who teach him a lesson for domestic abuse. The film is slated to release on Netflix on 5th August 2022. It also stars Shefali Shah and Roshan Mathew in pivotal roles. ‘Darlings’ is Alia’s first project as a producer.