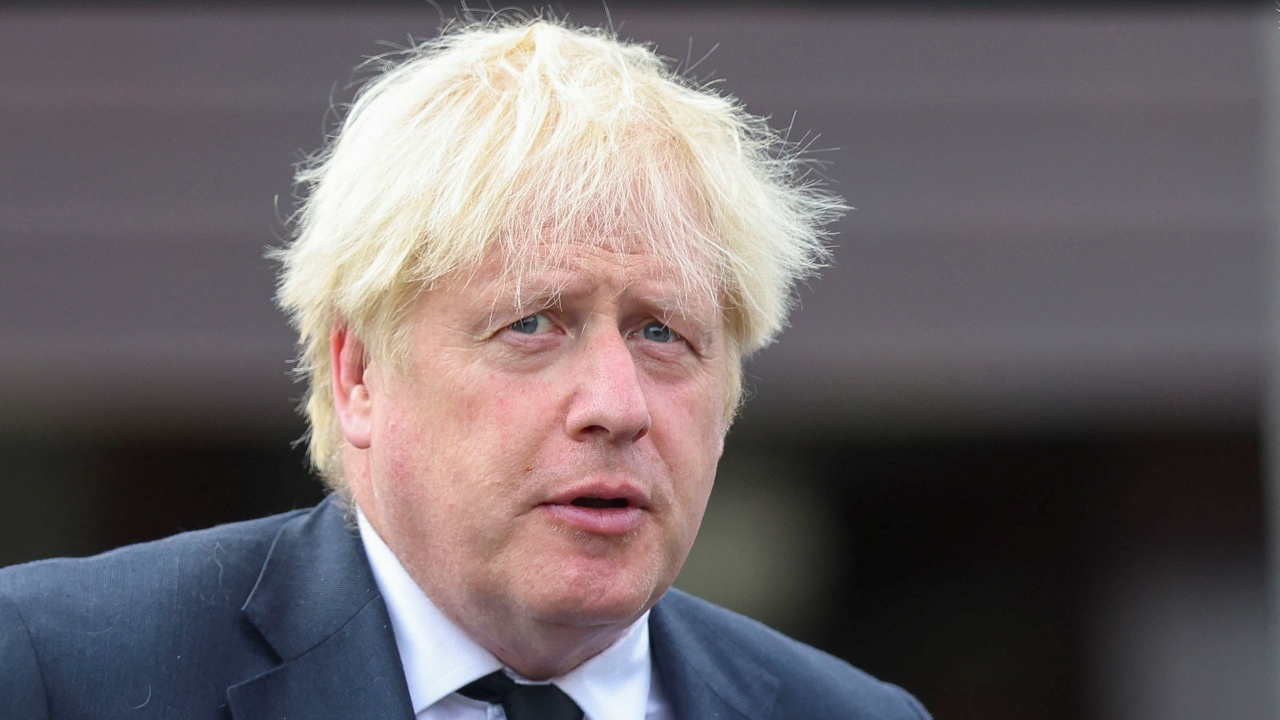 LONDON: A British cabinet member admitted Friday “I don’t know where Boris is” as the prime minister checked out on holiday, in a week that saw the Bank of England warn a year-long recession is coming. Boris Johnson has since Wednesday been on a belated honeymoon with wife Carrie. Downing Street has refused to say where, but The Times newspaper said the couple were in Slovenia.

Johnson will have a lot more time on his hands after September 6, when he is due to hand over to either Liz Truss or Rishi Sunak as Conservative leader, but decided to take a break sooner.

The opposition Labour party accused the government’s two senior-most ministers of being “missing in action” — with Chancellor of the Exchequer Nadhim Zahawi also on holiday this week.

“I don’t know where Boris is, but I’m in constant contact with him,” Business Secretary and Truss supporter Kwasi Kwarteng told Times Radio.

He said he exchanges WhatsApp messages with both Johnson and Zahawi “all the time”, and insisted that criticism the government was doing nothing about the economic crisis was “false”.

Zahawi said he had remained in touch with Bank of England governor Andrew Bailey on Thursday after the central bank hiked interest rates from 1.25 to 1.75%, the biggest rise in 27 years.

The bank is trying to rein in surging inflation, which it warned could peak at 13.3%, as it forecast the UK economy would enter a recession in the fourth quarter that will last until late 2023.

“For me, like I’m sure lots of others, there is no such thing as a holiday and not working. I never had that in the private sector, not in government,” Zahawi said in a statement. Foreign Secretary Truss and Sunak, Zahawi’s predecessor as chancellor, clashed anew over how to address the crisis in a televised debate late Thursday.

“The reality is we’re facing a recession if we carry on with our business-as-usual policies,” Truss, who is leading in surveys of Tory members, told reporters on Friday.

She plans an emergency budget to lower taxes immediately to combat the cost-of-living crisis and to review the independent Bank of England’s inflation-fighting mandate.

But Sunak said tax cuts financed with more borrowing would force the bank to increase interest rates even more, insisting on the need to maintain fiscal rigour and tame the price pressures first.

The two candidates were due later Friday to host another hustings event in front of Tory members, who have until September 2 to vote.

At Thursday’s Sky News debate, Truss was forced on the back foot after the moderator highlighted her shifting stances over the years, including a major policy U-turn this week on pay for public-sector workers.

But Sunak also faced embarrassment after a video emerged of him telling grassroots Tories in wealthy Kent last week that, as chancellor, he had diverted government funds away from “deprived urban areas”.

His campaign said that in the video, obtained Friday by the New Statesman magazine, Sunak had merely stressed the need to shift the focus of government help to other towns and rural areas.

“It’s scandalous that Rishi Sunak is openly boasting that he fixed the rules to funnel taxpayers’ money to prosperous Tory shires.”