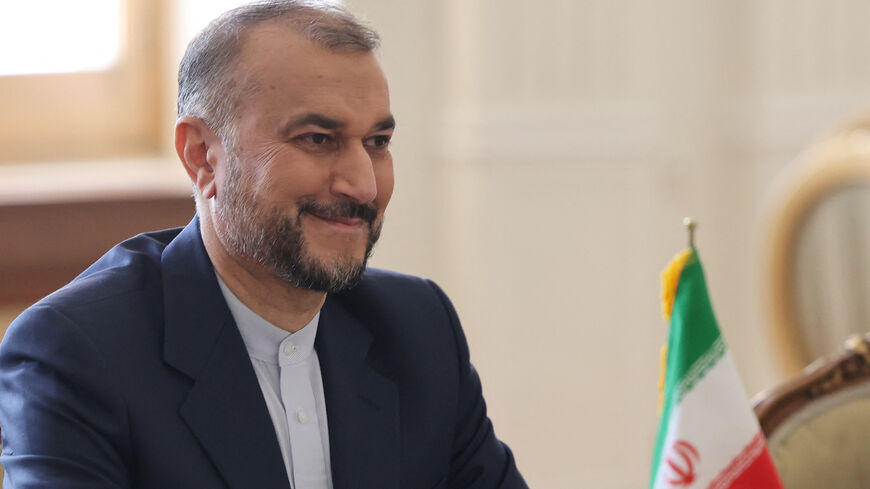 Iranian Foreign Minister Hossein Amir-Abdollahian has requested that Saudi authorities release a national of his country who was detained there last month while performing the Hajj pilgrimage.

The Iranian foreign minister followed up on the detained Iranian by phone with Fuad Hussein on Thursday night, asking his Iraqi colleague to inform Riyadh of Iran’s demand for the detainee’s release.

Regarding the accusations that the Iranian nation is facing, there is no immediate information available.

Iranian media outlets had earlier reported that Saudi authorities had detained a number of Iranian pilgrims during this year’s Hajj on suspicion of doing things like taking pictures with the holy Kaaba or donning a scarf with the image of anti-terror commander Qassem Soleimani, who was killed by the US military in Iraq more than two years ago.

However, such criticisms were later made public.

Amir-Abdollahian also praised Baghdad for assisting Iranians in making the Hajj journey this year during their phone call on Thursday. Since last April, Iraq has served as a mediator between Iran and Saudi Arabia, hosting a number of rounds of meetings.

Amir-Abdollahian had previously stated that Tehran was willing to work with Riyadh to enter a new phase of political and security cooperation in the hopes that it would “ultimately result in the restoration of normal relations between Saudi Arabia and the Islamic Republic of Iran.”

“Iran ready to assist Iraq in putting out a wildfire”

The top Iranian diplomat also mentioned Khuzestan Province in southwest Iran as being “seriously” affected by the fire’s smoke while pointing to flames that are consuming reed beds in southern Iraqi regions.

Iran, according to Amir-Abdollahian, is prepared to conduct collaborative actions to quickly put out the fire.

The offer from Tehran to help his nation put out the fire was warmly received by the Iraqi foreign minister.

The two sides also discussed a variety of other topics of shared interest, including the most recent developments in the Vienna-based talks on lifting sanctions against Iran by renewing the 2015 nuclear agreement, which the US pulled out of in 2018.