* Upon hearing the news of his demise, Bollywood is mourning the loss
of a great actor 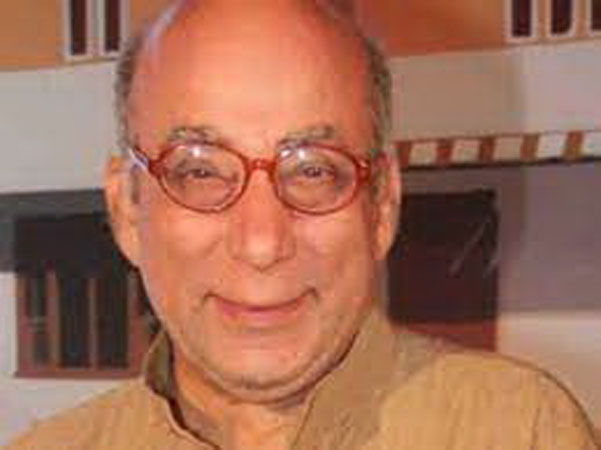 Veteran Bollywood actor and Lucknowite Mithilesh Chaturvedi, who had acted in films like Koi Mil Gaya, Asoka, Gadar Ek Prem Katha, Mohalla Assi, and Ready among many others, and was also known for his TV shows like Neeli Chatri Wale, Kayamat and web show Scam 1992 passed away due to a heart ailment on Wednesday. Born in Lucknow, Mithilesh lived in the Pan Dariba area in the city and was attracted to theatre and acting since his early days. After working in a government job for more than two decades, the Krrish actor decided to move to Mumbai and carve his place in tinsel town. Upon hearing the news of his demise, Bollywood is mourning the loss of a great actor. Director Hansal Mehta, who worked with Mithilesh in Scam…was among the first to express his sorrow. People from the fraternity, who have worked closely with Mithilesh, remember the actor…

“I had seen him in a film and I thought he would be perfect for the character of Khushi’s father in my film Ready. I had spoken to him about a fortnight ago and was planning to cast him in my next film. But today morning when I heard the news of his passing, I was shocked. Like me, he too was very fond of sher-o-shayari and would write ashaar for me while we were shooting for Ready in Sri Lanka. Mithilesh ji was full of life and his loss is immense.”, says Aneez Bazmi,filmaker.

“Mithlesh used to visit Bal Sangrahalaya in Charbagh from a very early age and participated in plays of children. He was very much into the theatre from the beginning. Though he was of a very jolly nature, he always took theatre very seriously. He was an excellent actor and a great comedian in real life too.”, says Surya Mohan Kulshrestha

“We not only worked together in several plays and TV serials, but we even had family terms. Whenever he used to come to Lucknow, he visited my place and asked for his favourite Kalakand sweet. He was a always praised by his directors in plays. In Chandra Mohan’s play Shanivaar Ravivaar, he took away the entire spotlight because of his comic timings. He will be missed.”, says Dr Anil Kumar Rastogi.

“He was a talented actor who left us a bit too early. I had an experience working with him as he was an actor with great talent. He always did justice to whatever role he was given.”, says Dr Chandraprakash Dwivedi.

“Kya zubaan thi unki! He was such a learned person and had some very good thoughts to share on sets with us all. I remember shooting in Lucknow for Gadar Ek Prem Katha with him. Unfortunately, we didn’t have a part for him in the second Gadar, but he did come on sets a couple of times, and we had met. In fact, he lived close to my house in Mumbai and we would meet often. The industry has lost another gem of an actor.”, says Anil Sharma.

“I didn’t know Mithilesh from earlier but we got to know each other well while working on Bhabiji Ghar Par Hai. It was a good experience working with him. He was a good soul. Mithilesh had come to Mumbai from a small town and one could see that he had not forgotten his roots. He was still a person who would get emotional over little things. He would think from his heart. Woh apne dil se sochta tha dimag se nahi… that was the best quality about him. Sometimes we used to tell him not to get so emotional and not take everything seriously. But I am glad we could work together on the show.”, says Rohitashv Gour.