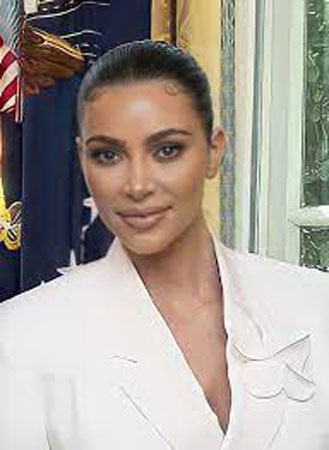 There are some clothing pieces that make no sense whatsoever, and people cannot understand their need and necessity. Kim Kardashian’s shapewear and clothing brand SKIMS has come up with one such accessory that has been confusing people; Twitter is having a field day. The accessory in question is a pair of gloves. They aren’t your ordinary wear-it-in-the-cold gloves, and neither are they a part of fashionable attire. They are being sold as something you would wear to a… pool!

Called ‘swim gloves’, reports suggest that the $48 (INR 3,768) elbow-length gloves sold out soon after they were released recently, making many bewildered netizens scratch their heads.

The question they have been asking is, who is buying them and why are they doing it? What purpose do these gloves serve? For ages now, people have been going swimming in swimwear (or even going skinny-dipping if they feel particularly daring). But, never has anyone fathomed a pair of gloves exclusively for taking a splash in the water!

Last week, Kardashian’s shapewear brand released its latest swim line – available in many shades of neon and neutral colours. It included the contentious new accessory which, too, was available in different colours and sizes, modelled by Filipino-American singer and social media personality, Bella Poarch.

According to an Independent report, the description on the website reads, “Instantly elevate your swim look and make a sexy splash everywhere you go with these trendsetting swim gloves. Perfect to pair with any swim style for a ready-to-wear look.”

On Instagram, Poarch was photographed in a neon pink “tank bikini top, mid waist bottom, and swim gloves”. The gloves – made out of a “stretchy swim fabric” – ended a little above the elbows.

But, people are confused. One person wrote on Twitter, “Can someone explain to me what swim gloves are and why?” Another said, “I can think of zero women who would want pale arms and tan lines above their elbows.