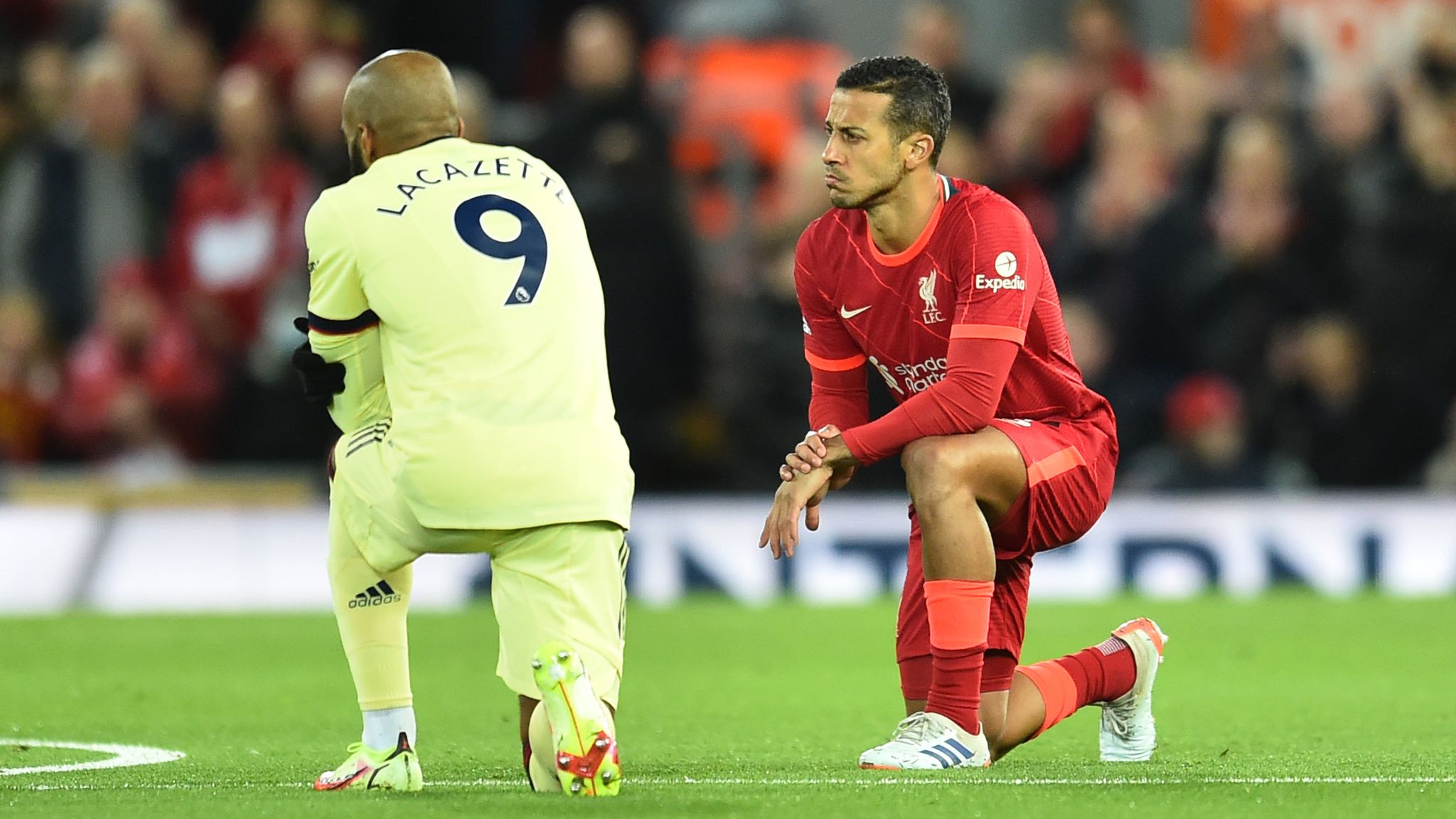 Premier League players will stop the pre-match anti-racism gesture of taking the knee before every match.

Premiere League Clubs honourably took up the Black Lives Matter cause back in 2020. This was following the brutal and barbarous death of George Floyd at the hands of the policemen in Minneapolis.

The Premier League Clubs were seen donning shirts embossed with the slogan ‘Black Lives Matter’. However, shortly this was replaced by a more original one chanting their message loud and clear ‘No Room for Racism’.

The action of taking the knee before games has the sports world divided. Some analysts have expressed their concerns that it poses a threat to the action to the gesture being weakened which was first performed by NFL player Colin Kaepernick in 2016.

Reaffirmations regarding their commitment to fight racism were given by the Premier League. They have opted for specific moments to take the knee during their upcoming campaign which begins on Friday.

“We have decided to select significant moments to take the knee during the season to highlight our unity against all forms of racism and in so doing we continue to show solidarity for a common cause,” stated the Premier League captains in a statement.

It was further clarified that they are ‘resolutely committed to eradicate racial prejudice’ and to ensure that there are ‘equal opportunities for all’.

It has been announced that players will take the knee at the opening match round of the season, furthermore, “No Room for Racism” match rounds in October and March as well as the Boxing Day fixtures after the World Cup. Along with this league matches on the Final Day of the season an FA Cup and EFL Cup finals.

This decision has been made with full support of the Premiere League who plans on spreading anti-racism messages. “A total of 238,000 pounds ($289,836) will be donated to designated youth clubs on behalf of the captains after 119,000 pounds was raised from the royalties of the ‘No Room for Racism’ sleeve badges sold on club shirts last season,” was also added in the statement.

The amount raised from the badges was counted for as part of the contribution to those clubs by the Premiere League.