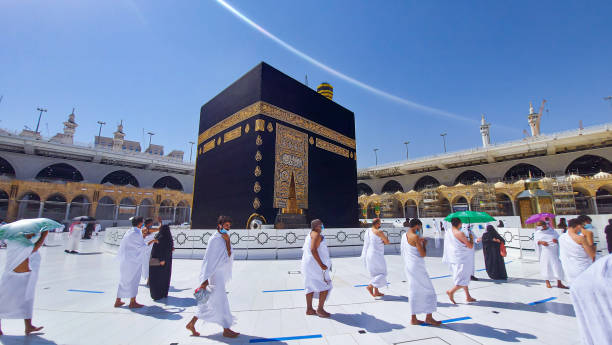 The Holy Kaaba’s protective walls have been taken down by the Saudi government as it relaxes restrictions brought on by the coronavirus.

According to the Saudi Gazette, Sheikh Abdul Rahman Al-Sudais, the chairman of the general presidency for the affairs of the two holy mosques, gave instructions to remove the obstacles after King Salman granted a royal order to do so.

The decision was made when the Umrah season began and the number of pilgrims and tourists visiting the Grand Mosque continued to rise.

“The presidency is working with all the sectors operating at the Grand Mosque to receive pilgrims and provide them with all services and facilities,” Sheikh Al-Sudais said.

The report claims that on July 1, 2020, the Saudi authorities erected walls around the Kaaba to stop the coronavirus from spreading.

Additionally, it prohibited pilgrims and guests performing the Hajj and Umrah from touching or kissing the Kaaba and the Hajar Al-Aswad (the Black Stone)