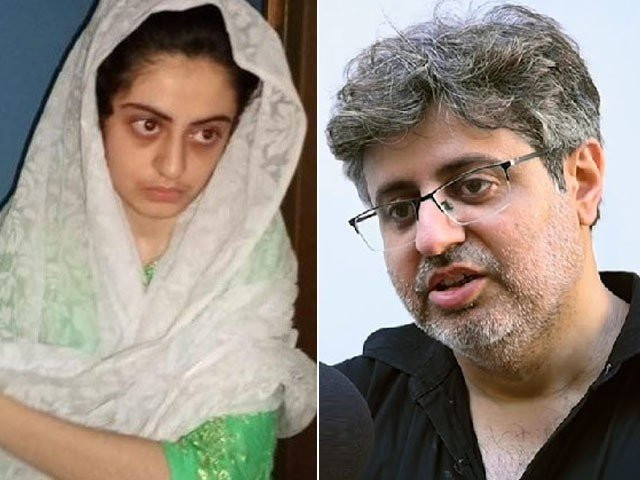 After Dua Zahra’s father claimed scandalous and defamatory allegations were made about his family, the Sindh High Court ordered the Pakistan Telecommunication Authority (PTA) to file legal complaints against six social media activists in accordance with the law.

Six social media activists were also legally barred by the court from publishing any hostile, scandalous, or defamatory content on social media against Zahra’s father and his family, including digital videos and written text.

Syed Mehdi Ali Kazmi filed the complaint in an effort to get a court order prohibiting some social media activists from defaming him and his family.

The plaintiff’s attorney claims that the petitioner filed an FIR under the Sindh Child Marriage Restraint Rules over the kidnapping and child marriage of his daughter. He stated that the court-appointed medical board had confirmed that his daughter was between the ages of 15 and 16.

He claimed that the PTA was approached to block and remove private social media channels that were posting “scandalous and malicious” content about the plaintiff and his family. He further said that the PTA’s web analysis division stated that the facts of the complaints required a detailed assessment of evidence by a competent court in order to establish the correct position; thus, the complaint was not entertainable under Rule (I) (v) of the Removal and Blocking of Illegal Online Content (Procedure, Oversight, and Safeguards) Rules 2021.

Following the plaint’s preliminary hearing, a single bench chaired by Justice Syed Hasan Azhar Rizvi sent notices to the PTA and social media activists prohibiting them from airing, publishing, or disseminating any defamatory and scandalous content material about the plaintiff and his family.

The court also mandated that PTA present a thorough report within 15 days and initiate legal action against social media activists in accordance with the law.

In the high-profile case involving the alleged kidnapping of Dua Zahra, the adolescent who inexplicably vanished from Karachi in April but was later said to have fled her family to marry 21-year-old Zaheer Ahmed, the Sindh High Court (SHC) on Thursday reserved its decision.

The case was heard by a two-person SHC bench under the direction of Justice Iqbal Kalhoro.

Mehdi Kazmi, Dua Zahra’s father, filed a lawsuit accusing Zaheer of taking the daughter from her home in Karachi’s Alfalah. At the beginning of the hearing, Zaheer was shown in court. Zaheer had received a notification from the SHC summoning him to court.

Justice Kalhoro said during the hearing that Dua Zahra must be taken to Karachi so that the case can be heard there since she vanished from this city.

“There are shelter homes in Karachi as well where security arrangements will be made. There will be no threat to the girl in Karachi,” the judge remarked.