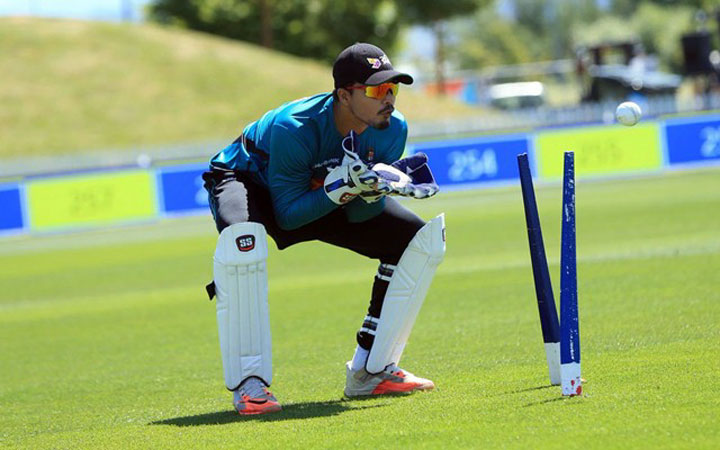 DHAKA: Bangladesh’s captain for the Twenty20 international series against Zimbabwe Nurul Hasan will miss the rest of tour due to a finger injury, the country’s cricket board said on Monday. The wicketkeeper-batsman hurt his left index finger while keeping against fast bowler Hasan Mahmud during Sunday’s second T20 international at the Harare Sports Club, which Bangladesh won by 7 wickets. “We did an X-ray which revealed a fracture to the index finger,” a Bangladesh Cricket Board statement quoted national team physioMuzadded Alpha as saying. “Such injuries take about three weeks to recover from. He is therefore out of Tuesday’s last T20I match and the upcoming ODI series,” he said. The three-match T20 series is currently locked at 1-1, with Zimbabwe having won the opening match by 17 runs. Nurul replaced batsman Mahmudullah Riyad as captain for the Zimbabwe T20s, and is widely expected to lead Bangladesh in the upcoming T20 World Cup in Australia in October-November.