* Three-member ECP bench set to announce verdict at 10am
* Case was filed by Akbar S Babar on Nov 14, 2014
* ECP had reserved verdict on June 21
* Political workers won't be allowed to enter Red Zone

The Election Commission of Pakistan (ECP) Monday said the PTI foreign funding case verdict will be announced on Tuesday (today) at 10am. The verdict was reserved on June 21.

The decision to announce the verdict comes after a Financial Times exposé revealed that the PTI received funding from Wootton Cricket Club belonging to Abraaj founder Arif Naqvi. The funds were generated through a charity match and an Arab personality also pitched in a large sum of money.

The FT report provided ammunition to the Pakistan Democratic Movement (PDM), and they demanded an early announcement of the verdict – in the case which was filed in 2014 by Akbar S Babar.

Quoting sources, a news report said the Election Commission will announce the foreign funding verdict during the first week of August.

The sources said that the PTI would only harm itself if it filed a reference against the CEC, as certain matters which were earlier hidden from the public view would be revealed during the hearings.

“The ECP will not bow to any blackmail and will not come under any pressure. No political party is a favourite of the Election Commission nor is any of them a non-favourite. Those who are following the law are standing with the ECP.”

When their attention was drawn to the announcement of PTI Chairman Imran Khan to file a judicial reference against the ECP and the CEC, the sources said this was an attempt to create a smoke screen ahead of the verdict.

The investigations into international money laundering have been completed, they added. The PTI hid funds worth millions of rupees from the ECP, the report of an ECP scrutiny committee probing the party’s funds revealed on January 4.

The report stated that the PTI provided “false information” regarding the party’s funding to the ECP. It said that the State Bank of Pakistan (SBP’s) bank statement revealed that the party had received Rs1.64 billion in funding. According to the report, the party did not disclose funding worth more than Rs310 million to the ECP. The scrutiny committee was formed in 2019 to audit foreign funding received by the PTI. The case, which was filed by party founding member Akbar S Babar, has been pending since Nov 14, 2014. Babar, who is no longer associated with PTI, had alleged serious financial irregularities in the party’s funding from Pakistan and abroad.

The PTI has denied any wrongdoing and maintains the funding is not from prohibited sources. According to the ECP website, a three-member bench headed by Chief Election Commissioner (CEC) Sikandar Sultan Raja, comprising Nisar Ahmed Durrani and Shah Muhammad Jatoi will preside over the hearing. On January 4, the ECP’s scrutiny committee, formed in March 2018 to examine the PTI’s foreign funding in one month, finally submitted its report after 95 hearings and nearly four years.

According to the report, the party under-reported an amount of Rs312 million over a four-year period, between FY2009-10 and FY2012-13. Year-wise details show that an amount of over Rs145m was under-reported in FY2012-13 alone. The development comes days after a delegation of the ruling alliance, comprising members of the Pakistan Democratic Movement, PPP, and Muttahida Qaumi Movement-Pakistan, met ECP officials and urged them to release the verdict in the case. Talking to the media outside the commission, PML-N leader Shahid Khaqan Abbasi had said, “Justice merits immediate action, according to the law and due process, whenever there’s an issue.”

“We said that the election law in the country states that any party taking funding from a foreigner has to declare who gave it the money, when and how much. And no party has the authority to take funding from a foreign company.” The former minister had also said that Babar had presented “clear evidence” in the case eight years ago when it had first surfaced. Since then, the PTI tried to hamper the case by all means, he had alleged, and accused the party of exerting “government pressure” on the ECP during its tenure, as well as “political pressure” following its ouster. Separately, Prime Minister Shehbaz Sharif had also urged the ECP to announce its judgment on the long-delayed case last week.

“(The) foreign funding case is an example of how ‘Ladla’ is being protected. While NS (Nawaz Sharif) was convicted for not taking salary, ‘Ladla’ is untouchable. 8 years on, decision is still elusive. Imran Niazi filed 9 writ petitions in IHC & got 50 adjournments in the FF case,” the PM had tweeted.

On June 21, the ECP had reserved its verdict in the prohibited funding case – previously referred to as the foreign funding case – against the PTI, which has not been issued yet. The petitioner, Babar, had alleged serious financial irregularities in the party’s funding from Pakistan and abroad. The PTI had, however, denied any wrongdoing, and maintains the funding is not from prohibited sources. The ECP’s scrutiny committee, formed in March 2018 to examine the PTI’s foreign funding in one month, finally submitted its report earlier this year after 95 hearings and nearly four years. 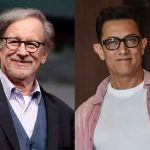 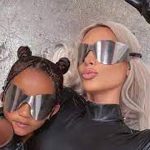 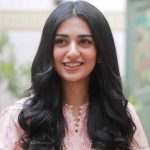 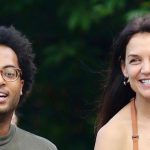 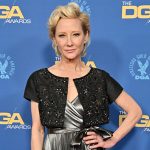