Shujaat urges CM Pervaiz Elahi to ‘get back home’ 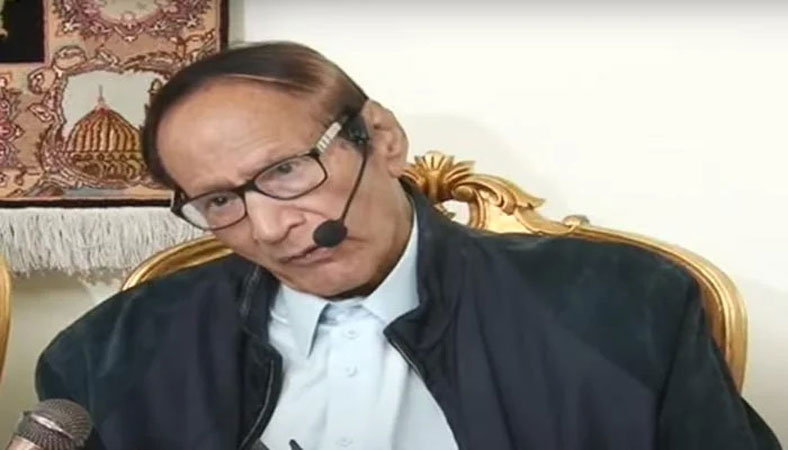 PML-Q senior leader and former premier Chaudhry Shujaat Monday blamed politicians after the Army Chief General Qamar Javed Bajwa intervened in the economic matters of the country by contacting a US official and requesting an early release of the IMF funds.

“Why was there a need for the army chief to interfere?” Shujaat questioned while addressing a press conference in the federal capital after recent political activities in the province that took a toll on the economy.

Shujaat was assisted by federal minister Tariq Bashir Cheema Last week, Gen Bajwa called up US Deputy Secretary of State Wendy Sherman to help Islamabad secure an early dispersal of $1.2 billion in funds under an IMF loan programme, Nikkei Asia reported. Commenting on the developments that took place in the largest province over the last few weeks in the wake of the Supreme Court’s verdict on the chief minister’s election, Shujaat said: “Everything is fine and everything will remain fine.”

The former prime minister said that he wanted to speak about various issues, including the economic crisis and the allegations levelled against him, among others.

“Speaking truth has become a sin these days,” Shujaat said, adding that the public, as well as the politicians, hurled filthy abuses at him and his sons. Regarding his sons and their involvement in political matters, the PML-Q leader – who was recently removed from his party position following the letter controversy during the CM’s election – said: “Attempts are being made to defame my sons, they have taken all decisions after consulting me and I am proud of them.” He added that those who levelled allegations against him and his sons have “no standing.”

“Politicians are being blamed for the economic destruction in the country,” he said, adding that the allegations levelled against them involve talks about bribery. “I have always supported the truth and will continue to do so,” he maintained. Regarding Chief Minister Pervez Elahi and his support for the PTI, Shujaat urged him [Elahi] to act wisely and stop making a mockery of the family. “I invite him to return to his residence,” he said, stressing that they [PTI] conspired to divide the party as well as the family. Speaking on the occasion, Federal Minister Tariq Basheer Cheema said that he will only leave his position when Shujaat asks him to do so.

“It is impossible to remove Shujaat from his party head position,” Cheema said, referring to the unanimous decision taken by the PML-Q central working committee to remove Shujaat and Cheema from their party positions. “Shujaat is the founder of the party and provincial offices have no authority to remove him,” he maintained, adding that this not how parties work. Regarding Supreme Court’s verdict, Cheema said that once detailed order is released the party will take review it accordingly and if needed will file a reference challenging the decision.

“Elahi knows what power means to us,” the federal minister said, adding that he had urged Shujaat not to take such steps that create rifts among family members. He added that even if the PTI allowed Elahi to serve as CM Punjab forever, even then the PML-Q will not support Imran Khan.