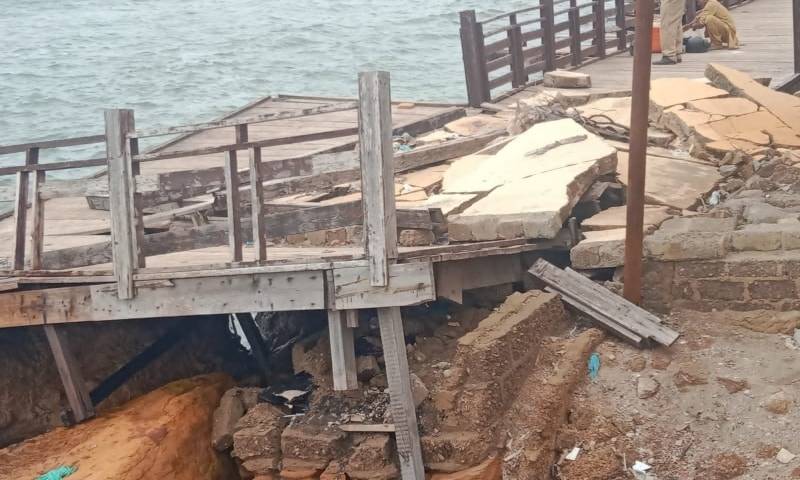 A part of an “abandoned” restaurant collapsed and fall into the sea at Karachi’s famous spot Do Darya on Monday after torrential rains pounded the area.

The official statement came after videos circulating on social media showed that the deck near the sea had collapsed, with people seemingly trying to rescue the ones who had fallen down.

Scary! Do darya is one of the most popular places in #Karachi for dining. Portion of a restaurant collapsed due to heavy rains. All restaurants at Do Darya should immediately take precautionary steps. pic.twitter.com/0FvszD1Bph

In contrast, the police were told that the eatery had been “abandoned” for the previous 12 years, according to Senior Superintendent of Police (SSP) South Asad Raza.

Soon after learning about the incident on the 15 hotline, the cops arrived on the scene.

At the Do Darya strip in Defence Housing Authority (DHA) Phase VIII, several restaurants are located on the food strip by the sea.

The tragedy occurs after the city’s frail sewer system and infrastructure was destroyed by strong monsoon rains.