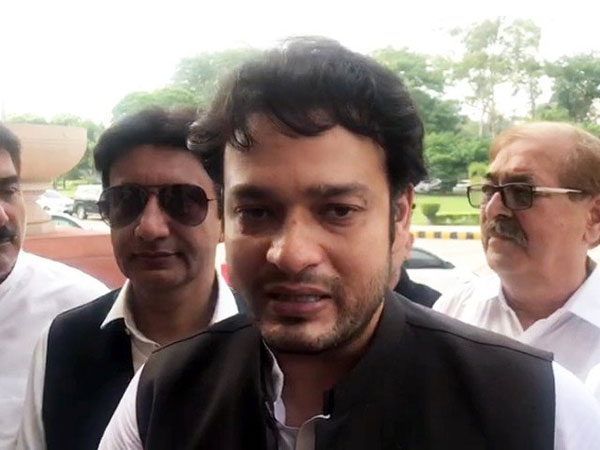 Pakistan Tehreek-e-Insaf (PTI)’s candidate Wasiq Qayyum Abbasi took oath as the Punjab Assembly deputy speaker on Sunday, a private TV channel reported. Earlier, the newly elected Punjab Assembly Speaker Sibtain Khan had announced elections to be held on the said slot on July 31 at 1pm at the provincial assembly, sharing the schedule that the nomination papers would be submitted on July 30 till 5pm to the assembly secretariat.

However, no one from the opposition side had submitted the nomination papers yesterday and boycotted the contest. Following this, Abbasi was declared the PA deputy speaker unopposed. The guest galleries at the House were filled with guests during today’s oath-taking ceremony.

The post of the deputy speaker had fallen vacant after the treasury lawmakers in the Punjab Assembly on Thursday had unanimously passed a resolution proposing a contest for the vacant seat of the PA speaker as well as presenting a no-trust motion against then Deputy Speaker Sardar Dost Muhammad Mazari on Friday.

On Saturday, PTI’s Sibtain Khan took oath as the new Punjab Assembly Speaker in place of Chaudhry Pervaiz Elahi, who was elected the chief minister of the province, following a Supreme Court judgment earlier this week. The same day, Khan presided over the proceedings of the no-confidence motion against Mazari. The treasury showed one-fourth of its total strength – 93 members – to present the no-confidence motion against the deputy speaker.

The PTI cast the votes in its full strength, with 186 lawmakers reposing no confidence in Mazari and Speaker Sibtain Khan announced that the motion was successful.