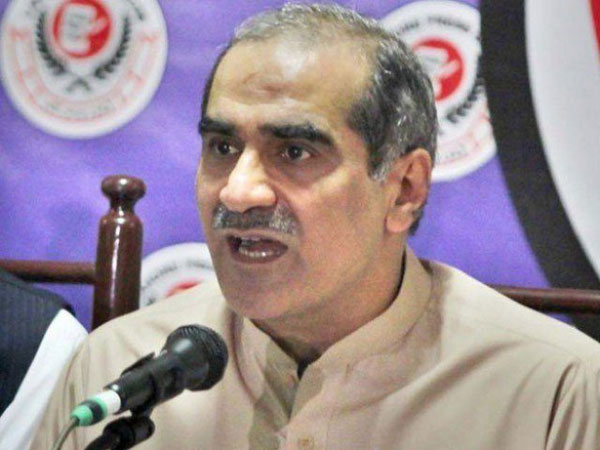 Aviation and Railways Minister Khawaja Saad Rafique on Saturday said that there is a lobby outside Pakistan which doesn’t want to see Pakistan International Airline (PIA) restart direct flights on various international routes.

Addressing a ceremony in Lahore, Saad Rafique said country’s aviation industry would be improved through collective efforts as there were some loopholes in the aviation related policy. He said that sincere efforts were being made to remove loopholes in the aviation policy for further improving its working. He said that private airlines would also be given opportunities to work besides enhancing the quality and work frequency of Pakistan International Airline.

Saad Rafique said the departments working under the Ministry of Civil Aviation had no coordination with each other. Therefore, he added, efforts were being made to develop better working environment in all the departments for uplift of the aviation industry. He appreciated the secretary Civil Aviation and DGs for playing their role to develop harmony among different departments. He urged the employees to discharge their duties efficiently to justify their demands, adding that those showing extraordinary performance would be rewarded. He said that if any brotherly country wanted to use the Pakistan’s airspace, that country would have to make an agreement with it. In that case, the PIA would be its partner and that country would have to give due share to the Pakistan International Airline. He said that the PIA would welcome whosoever would offer good joint ventures to it. He emphasized that the Civil Aviation Authority and the PIA should be supportive to each other.

Khwaja Saad Rafique said that upgradation work of the runway of Karachi Airport would be started this year, adding that Gilgit, Chitral and Skardu airports would further be modernised. Sukkur and Dera Ismail Khan airports would be be given the status of international airports, he added. He said that he had been told that the alternative of Walton Airport, which was being constructed in Muridke, would become operational by January 2023.