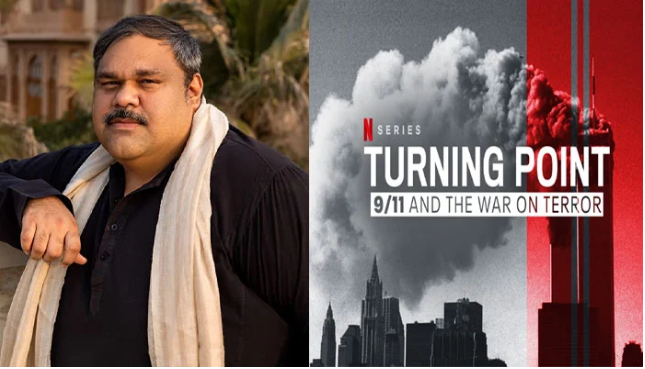 Pakistani-American filmmaker Mohammad Ali Naqvi’s Netflix documentary Turning Point: 9/11 and the War on Terror has been nominated for the Emmys.

Naqvi served as co-executive producer on the Netflix series, which has been nominated in the category of “Outstanding Politics and Government Documentary.”

Taking to social media, the first Pakistani Academy member announced that the five-part docu-series, covering the 9/11 terrorist attacks, Al Qaeda’s roots and America’s response, has been nominated for the prestigious award.

The series, released on September 1, 2021, includes interviews with White House officials, military leaders, journalists and even former Taliban leaders alongside some mind-blowing claims.

Meanwhile, other documentaries including 3212 Un-Redacted ABC, HBO Documentary Films HBO, Obama: In Search of as More Perfect Union, HBO Max HBO: A La Calle, and POV PBS: Mayor have also been nominated in the category.

The award will be presented on 29 September.