Sikhs For Justice kickstarts Khalistan Referendum in Canada from Sept 18 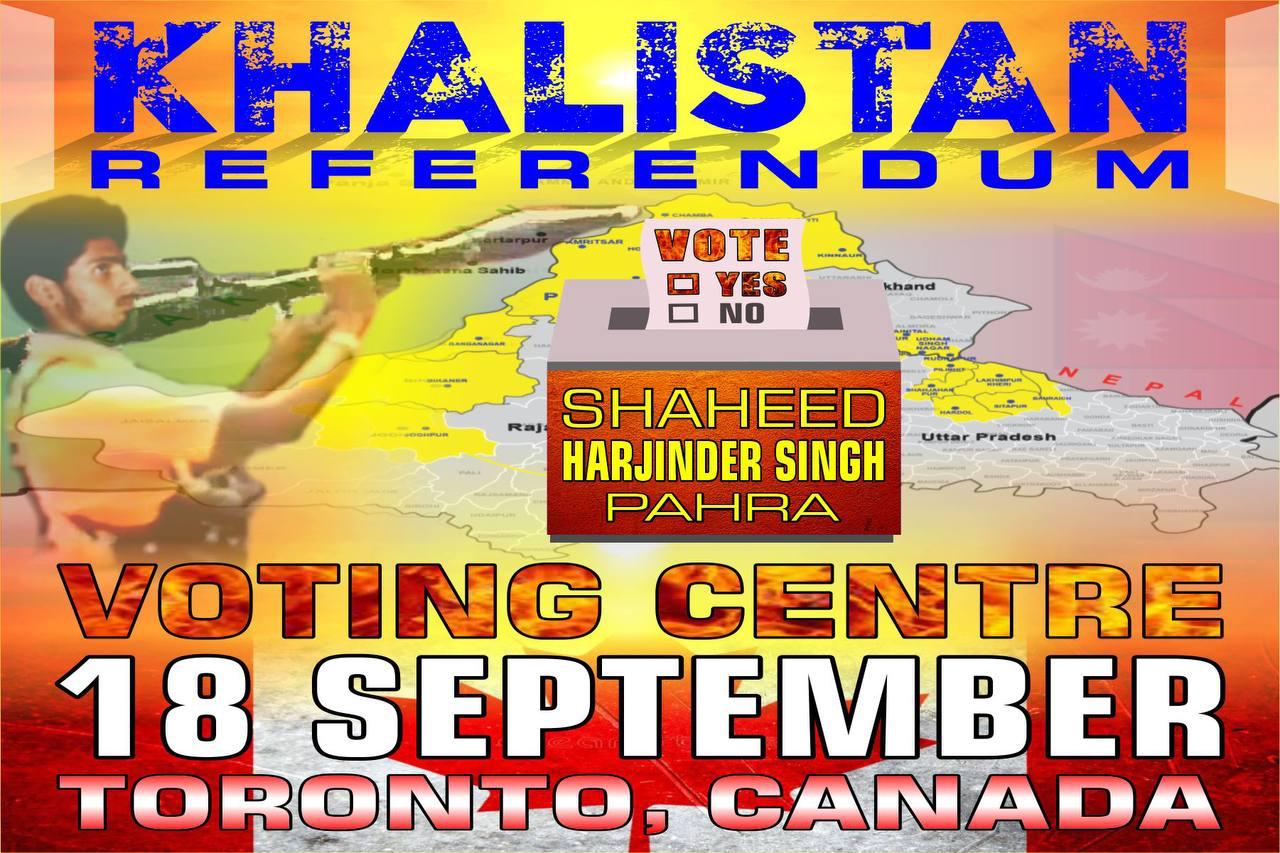 TORONTO: Pro-Khalistan secessionist group Sikhs For Justice (SFJ) has announced plans to hold the Khalistan Referendum on September 18th this year in Canada’s capital – a city known for hosting one of the largest and most diverse Sikh diaspora communities.

The Indian premier, Narendra Modi’s government’s concerns over Prime Minister Justin Trudeau’s government giving space to pro-Khalistan sovereignists and secessionist Sikhs For Justice, the advocacy group announced to kickstart the Canadian Phase of the Khalistan Referendum on September 18th in Toronto, Ontario, in which Canadian Sikhs will vote on the question “Should Indian Governed Punjab Be An Independent Country?”.

The Khalistan Referendum Voting Centre in Toronto is named after “Shaheed Harjinder Singh Pahra” to honour the young pro-Khalistan Sikh who went back to India from Canada to participate in the then ongoing armed struggle for Khalistan in the wake of the Indian Army’s June 1984 attack on the Golden Temple. In a staged police encounter, Indian forces extra-judicially killed Pahra in 1988, and tens of thousands of Sikh youths related to the martyred Sikh.

Gurpatwant Singh Pannun, a well-known Sikh leader and SFJ General Counsel, stated that “the ballot is the most powerful weapon of this century through which we will balkanize India and liberate our beloved Punjab to honour our Gurus.”

At a press conference heavily attended by journalists and news channels here, the SFJ released the map of the areas earmarked for secession from India through Khalistan. The SFJ’s map includes pre-1966 Punjab, Haryana, Himachal Pradesh, and the Sikh majority areas of Rajasthan, Uttar Pradesh, and Uttarakhand.

Khalistan Referendum voting will be held in phases in Canada in which polling will take place across the country, including Ottawa, Montreal, Calgary, Edmonton, Vancouver, and Surrey, the SFJ said.

The voting in the global Khalistan Referendum is being held under the supervision of the Punjab Referendum Commission (PRC), www.punjabreferendumcommission.org, a panel of world-renowned non-aligned experts on independence referendums and direct democracy.

Since the launch of the voting on October 31, 2021 in London, despite India’s protests, the governments of the UK, Switzerland, and Italy have allowed the Khalistan Referendum to take place, in which 400,000+ Sikhs have so far voted. The referendum events in the various European cities have seen tens of thousands of Sikhs coming out to vote while raising slogans in unison for the creation of an independent state of Khalistan for millions of Sikhs from around the world.