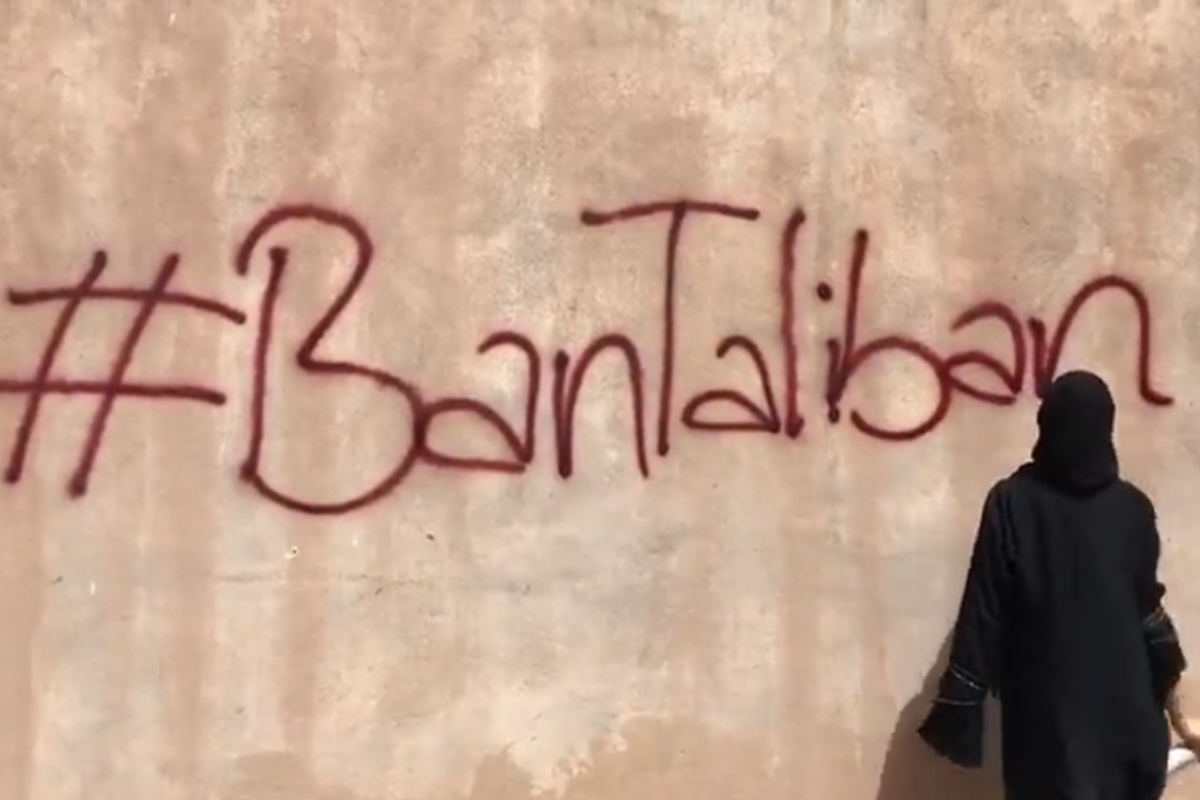 A video of a burqa-clad Afghani lady graffitiing has gone viral. A girl in Kabul writes a campaign slogan on the wall that social media activists want from Twitter like Meta Company. They are chanting #BanTaliban to ban Taliban and don’t let this group use Twitter to promote extremist activities.

Girls in Afghanistan are raising their voices in different ways. The restriction is increasing day by day which led them raise their voices compromising on their lives even.  Girls over 16 are not allowed to attend colleges without concealing their faces.

Despite criticism, the Taliban insist on tight educational requirements The brutal truth of ground reports shows the Taliban’s wrath and hostility.

Since the Taliban overthrew Afghanistan’s government in August 2021, over a year has passed. Since the Taliban took power, the future of the country’s women has been in doubt. Afghani women saw a glimmer of optimism when the Taliban declared secondary schools for all genders. But onerous restrictions on female education dashed the dream.

In the clip, the woman’s face is not visible, but her discontent against the government is evident as Afghani girl writes Ban Taliban on the wall. The footage has over 1.3k views. The Taliban banned coeducation.

A video of a little girl speaking about education rights went viral in September 2021. The girl in the video gave a powerful speech about women’s rights to education and contributing to Afghanistan’s progress.

A group of Afghan women and activists recorded their protests over restrictions against women,  they switched their way of protesting from taking to the streets to writing their demands on Kabul walls at night, in January.