‘Vikrant Rona’ — a solid mystery that unfolds a bit too late 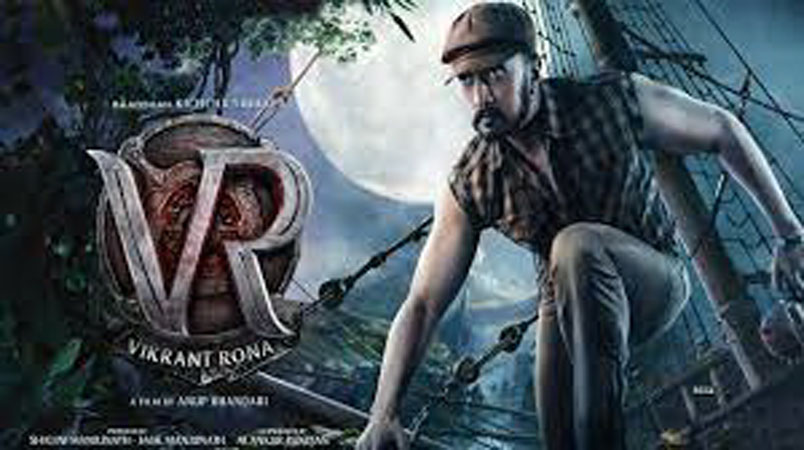 A fictitious village in an undisclosed era sees mysterious sightings as the children go missing. Is the culprit man or devil? Can Vikrant Rona (Kiccha Sudeep), the cigar smoking, cool new cop in the ghostly town crack the puzzle and hunt down those responsible when everyone is a suspect?

Made in Kannada and dubbed in Hindi, Anup Bhandari’s dark fantasy adventure (in 3D) is a brave attempt. It’s atmospheric as well. Not many Indian films have dared to dabble in this genre before. However, the director struggles to find a direction and specificity to his story. It starts off like a children’s fable, then moves to being a supernatural-horror thriller, then a mystery, and a western. It tries to be a lot of things. The story lacks a proper timeline as well. The first half wanders aimlessly and drags on forever with no character or story development. All we see is Kiccha Sudeep giving a smoldering hero look in slow motion with a jarring background score that never lets the fear creep in. With a duration of at least 2 hours 30 minutes, your patience wears thin with the story going absolutely nowhere. A random love story peppered with random songs further eat into the screen time and digress from the plot.

Strangely, never has a second half been more contradicting. The film actually begins in the second half where there’s some semblance of story. The mystery that unfolds a bit too late is solid and gripping. Had it gathered momentum earlier, this film had the potential to be a cracking thriller. 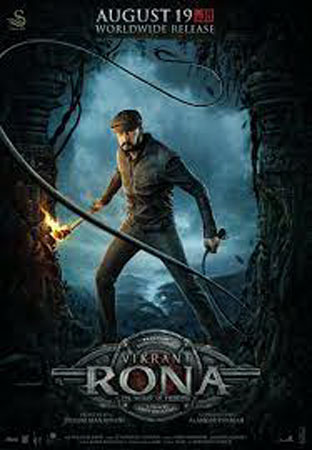 Four years in the making and shot even during Covid, visually, the film tries its best to live up to the genre’s ambitious scale. A fight sequence in the rain is particularly interesting and looks international. If you can overlook the shoddy first half, the second half is quite engaging and fairly watchable. Jacqueline Fernandez is a flawless dancer and her sizzling song (Ra Ra Rakkamma) and presence pep up the story.

If you are up for a decent horror mystery told in a loud and dramatic style, with an extra focus on Kiccha Sudeep’s swag, you wouldn’t mind this one. Vikrant Rona could evolve into a decent mystery series ahead packed with more dark adventures if the makers get rid of the unnecessary fluff. With so much potential, we wish this mysterious fantasy had risen to the occasion sooner.