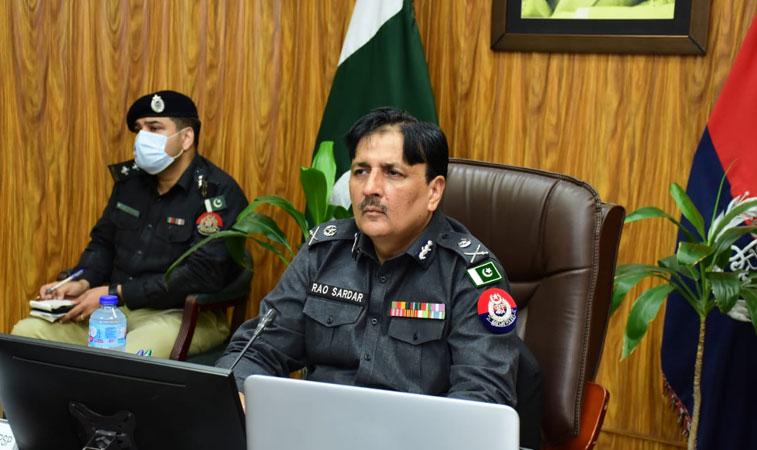 The discussion on overall crime, discipline/duty assessment, train incidents/human or material loss and general problems were among the agendas of the meeting.

SsRP of each division apprised IG of their jurisdiction, area of responsibility, sanctioned/on roll/vacancies strength, and number of police stations/posts.

IGP assured the superintendents of solution to their genuine problems and directed them to supervise their divisions with complete integrity and devotion. All were advised to perform duty by keeping it in mind as a prayer that pays in the world and hereafter as well. He stressed that working environment should be good and regular OR must be organized and also streamline the working of their respective divisions.

IGP categorically informed all the participants that willful absent from legitimate duties will be dealt with iron fist and the delinquent will also be booked under police order 2002. Slack supervision, deviation from duties and deliberate inefficiency would not be tolerated. IGP said that he is ruthless to those who exhibit sense of irresponsibility and dishonesty in the execution of duties. The delinquent police officer will be sent behind the bars immediately if found in corrupt practices. He said that he will also shift responsibility to supervising officer in case if any of his subordinates found guilty in violation of duty. IGP exclaimed that respect is reciprocal, so we should earn it.

In the end, IGP remarked that we will work as a team and central mechanism will also be formed to enhance that capacity building of officers and staff. He stressed the SsRP to ensure pro-active work for the rehabilitation of tracks in collaboration with railways staff in an ongoing spell of rains. They were also directed to focus on apprehending the elements involved in black ticketing, pick-pocket, land grabbers and theft of railways material. Smuggling of narcotics and arms must be curbed through trains in all circumstances. Also promote the welfare of employees and general public.