US-China ties: Biden to speak with Xi as prospect of Pelosi trip to Taiwan 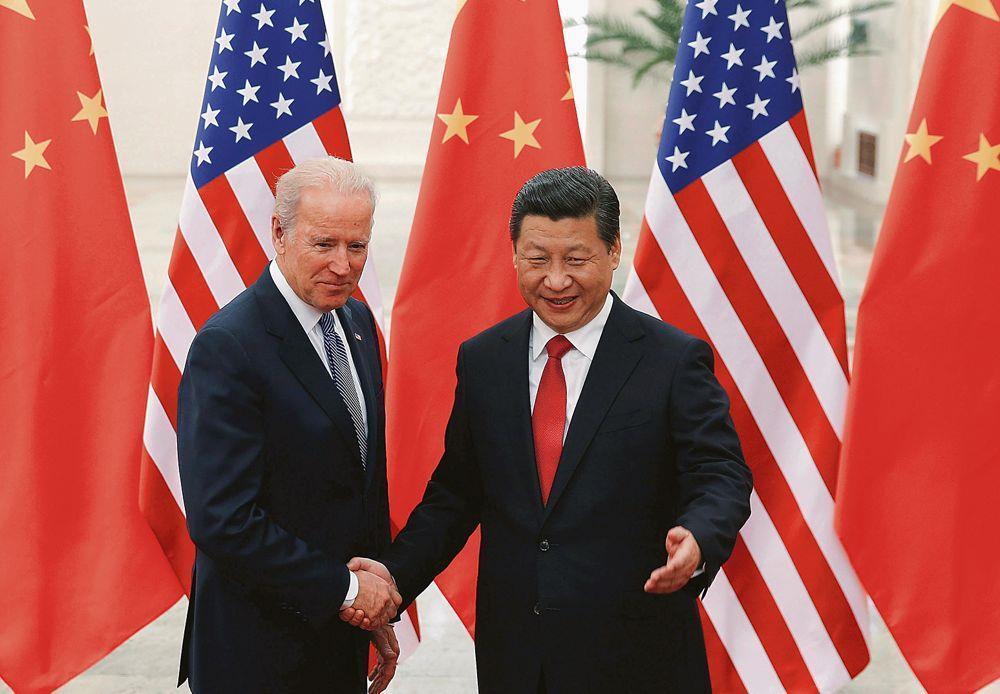 On Thursday, amid mounting tensions over Taiwan, US President Joe Biden will speak with Chinese President Xi Jinping, according to sources.

The two presidents will speak for the first time since March at a challenging time for US-China relations. The staff of House Speaker Nancy Pelosi is still considering having her travel to the sovereign island in August.

Zhao Lijian, a spokesman for the Chinese Foreign Ministry, stated on Monday that Beijing was “seriously prepared” for the prospect of Ms. Pelosi visiting Taiwan, which Beijing views as a part of “one China.”

The US ambassador to China, Nicholas Burns, stated in June that the state of affairs between the two countries had likely reached their “lowest point” since they had resumed in 1972.

In an effort to reduce inflation, Mr. Biden, who is recovering from the coronavirus, is debating whether to remove some tariffs on Chinese imports.

According to officials, the conversation with Mr. Xi would be a continuation of US efforts to keep the lines of communication open in order to prevent unintended conflict from developing in the relationship.

A stop in Taiwan during Ms. Pelosi’s trip to Asia next month is still up in the air, according to a source. Since Newt Gingrich visited the island in March 1997, Ms. Pelosi would be the first sitting Speaker to make the trip.

Beijing threatened a “grave impact” on bilateral ties should Ms. Pelosi proceed with the trip and pledged “resolute and strong” measures in response.

According to the Financial Times, China privately informed the Biden administration of a potential military response.

The US side will be responsible for all resulting consequences, according to Mr. Zhao.

“No individual or force should underestimate the resolve, the will, and the ability of the Chinese people to defend their national sovereignty and territorial integrity,” said Wang Yang, a member of China’s Politburo Standing Committee, during a meeting on Tuesday.

The official Xinhua News Agency reports that he “stressed the importance of upholding the one-China principle.”

Democrats and Republicans in the US urged Ms. Pelosi to go because, in the wake of China’s protests, failure to do so would amount to Beijing’s acceptance.

“If we can allow the Chinese to dictate who can visit Taiwan and who cannot, then we have already ceded Taiwan to the Chinese,” said Senate Foreign Relations chairman Bob Menendez, a New Jersey Democrat who went to Taiwan in April.

House Minority Leader Kevin McCarthy said on Tuesday that Ms Pelosi “shouldn’t back down now,” but that she “should make it a bipartisan trip”.

It is unknown if Ms. Pelosi will decide against the trip at the request of intelligence and defense officials.

In May, the president angered China by pledging to defend Taiwan militarily. In response to a question about whether the US would take “military action” to defend the island in the event of Chinese action, he responded “yes” after stating that US policy on Taiwan “had not changed at all” during a news conference in Tokyo.

According to White House officials, Mr. Biden only pledged US assistance to assist Taiwan in defending itself in the event of hostilities.

The Biden-Xi meeting would have a full agenda, according to National Security Council spokesman John Kirby, though tariffs were not likely to be on the list of topics.

Until President Xi makes a decision, “I don’t think it would be a major topic of discussion with him,” Mr. Kirby said.

According to him, the leaders will discuss ways to manage the competition between the two biggest economies as well as the tensions surrounding Taiwan.

Should China support Russia in its conflict in Ukraine, the White House has threatened Beijing with repercussions. According to US officials, they have not observed anything resembling material support.

According to Mr. Biden’s advisers, he is about to decide whether or not to lift some of the tariffs that President Donald Trump imposed on about $350 billion worth of Chinese imports.

The change has been pushed for by some advisors to help reduce inflation, which is at a four-decade high. Others, such as trade unions, claimed that it would have little effect on price pressures and weaken the US’s negotiating position with Beijing.

Democrats are counting on labor support in the November midterm elections, which will determine whether the party retains control of Congress, as Mr. Biden has repeatedly vowed to be the most pro-union president in US history.

“The president is still thinking about it,” Commerce Secretary Gina Raimondo said on CBS’s Face the Nation on Sunday. “You know, this is a big decision.”

Mr Xi sent Mr Biden a note last week wishing him a speedy recovery from the coronavirus.
The Chinese Communist Party is scheduled to hold a national gathering in the autumn that ss expected to vote on a third term for Mr Xi.