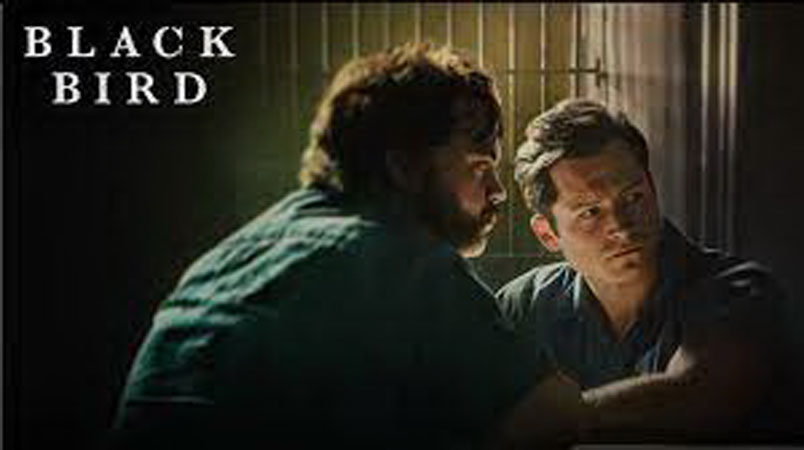 Based on true events, Black Bird is a deliciously sinister and well-written prison drama. It’s a show that blends parts of Prison Break, Mindhunter, Mouse and Hannibal together into a delicious cocktail that’ll keep you coming back for more. Despite some teasing glimpses of a twisty-turny thriller, this one’s pretty straightforward narratively-speaking, but stands out thanks to its sharp writing and strong, believable characters. Not to mention the intoxicating atmosphere too.

Our protagonist here is cocky and confident Jimmy Keene. Caught dealing drugs, he’s sentenced to 10 years behind bars in a minimum security prison. He seems to be doing well for himself and certainly has a way with people. Managing to avoid trouble from all the different gangs, he’s approached by the FBI who offer Jimmy a lucrative deal. In exchange for his freedom, he’ll be moved to a maximum security prison in Springfield, befriend a suspected serial killer and elicit a confession. Easy-peasy right?

The man in question is a pretty unnerving Guy called Larry Hall. Fans of Mindhunter will immediately draw parallels to the BTK Killer. Paul Walter Hauser is absolutely incredible in his role. Completely unrecognisable from his role in Cobra Kai, Hauser ups his game to another level here. His acting as Larry Hall is nothing short of incredible. He commands the screen with a chilling and unnerving presence that’s hard to draw your eyes away from. His counterpart, Taron Egerton, also puts in an excellent performance too, bringing his A-game for this.

Alongside the prison drama is a separate subplot that interweaves around that, featuring investigators Brian and Lauren as they go on the hunt for the truth. Did Larry really kill these girls? Or is he projecting someone else’s murders? Is he just a misunderstand innocent giant? Or is there a deep-rooted evil that’s being hidden behind a façade of fluffy innocence? These questions not only plague each of the different characters, but also us as viewers. While the mystery per-se is relating to the killings, it also extends to Larry Hall himself, who is somewhat of an enigma. An enigma that’s unravelled slowly across the season. 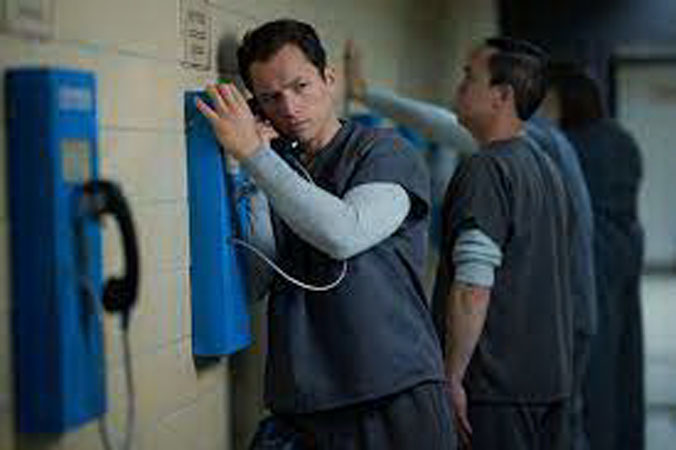 While the FBI investigation is interesting, it does feel more like a respite from the intense drama inside the prison at times. It’s still interesting, no doubt, and learning crucial parts of the case is drip-fed nicely across the episodes. This extends all the way up to the finale too, but yet everything also rests heavily on Jimmy gaining a confession. As a result, some of this drama loses the gravitas and importance it could have done. Black Bird is smartly written across the board though and this miniseries has a great pacing, with 6 episodes absolutely perfect for telling this story. It’s quite rare nowadays to find a show that’s the perfect length like this but Black Bird is a great example of how to do this effectively without wasting time. You can tell everyone working on this project believes in what they’re doing and every facet of this production is absolutely on the money.

Whether you choose to binge-watch this in one go or spread it out across several nights (or weeks), Black Bird is an excellent crime drama and a fantastic mini-series in its own right. In an increasingly saturated field, Black Bird manages to push through and stand out as one of 2022’s brightest sparks.