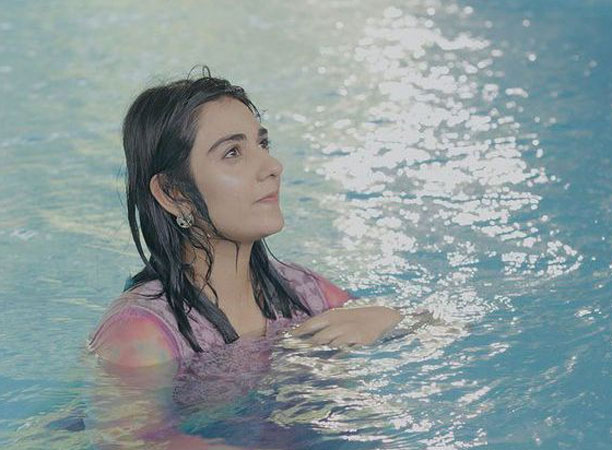 Lollywood diva Sarah Khan is winning hearts with a new behind the scene picture from the sets of her upcoming drama Wabaal.

The aforementioned click has been making waves among her fans as the Sabaat star hilariously yet perfectly summed up the Karachi monsoon season.

Taking to Instagram, the Raqs e Bismil actor shared a picture of herself drowning in water. Fans were amused over Sarah’s witty caption that summed up the aftermath of rain in Karachi.

Moreover, Sarah will be sharing the sceen with Joh Bichar Gaye rising star Talha Chahour. The drama is written by Qaisera Hayat and directed by Amin Iqbal.

Sarah and Falak tied the knot in July 2020 and announced they are expecting their first baby in June this year.

On the work front, Sarah Khan has been lauded for her performance in the drama serial Hum Tum. The drama serial has been written by Saima Akram Chaudhry and is directed by Danish Nawaz.