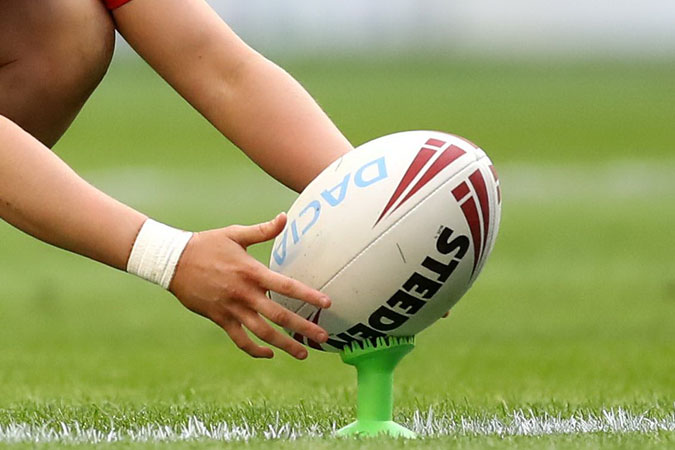 The Sydney-based Sea Eagles will wear the rainbow-themed uniforms for a crucial game against the Sydney Roosters on Thursday, a move unveiled earlier this week to promote inclusivity and respect.

It is the first time a club in the National Rugby League has had a Pride jersey, which shows support for the LGBTQ community.

At an impassioned press conference, Manly coach Des Haslerapologised for how the issue was handled, saying it was a “significant mistake” for the club not to consult the players before the jerseys were released.

“None of the coaching staff nor the players had prior knowledge of the jersey. They are not wearing the jersey as it conflicts with their cultural and religious beliefs,” Hasler said.

The two teams are eighth and ninth in the table, with only six rounds of games to play. Only the top eight go into the next round of the campaign.

The kit has already sold out in the club’s shop and captain Daly Cherry-Evans said he would proudly wear it on Thursday night.

“I fully respect those players choosing not to play and their right not to play (because of) their religious beliefs,” he said.

“I would love, given the opportunity, to sit around a table with those guys and have a conversation with them… and try and explain what a Pride round means, particularly for the LGBTQI community.”

Australian Rugby League Commission chairman Peter V’landys told reporters that he too respected the players’ position, but that Manly could have “handled it better”.

“I think that they showed some great leadership in supporting their players and that’s what we should do. But at the same time, recognise that sport is inclusive and is for everybody,” V’landys said.

Similar initiatives have been part of some Australian rules football teams for several years, such as the Sydney Swans and St Kilda, who played a Pride Game in June.

However, earlier this year, HaneenZreika of the Greater Western Sydney Giants AFL women’s side opted not to play in the competition’s Pride round of matches citing her faith.

“It’s a good thing that sport is more inclusive…

It’s important in Australian society that we respect everyone for who they are.”