It’s called a selfie because narcissistic is too hard to spell: Aima Baig

* The picture got more than 10,000 likes from the users of the visual-sharing application 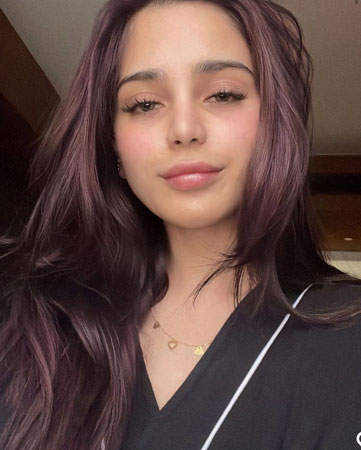 The caption of Aima Baig’s picture read, “This is called a selfie because narcissistic is too hard to spell.” The picture got more than 10,000 likes from the users of the visual-sharing application. Here’s what they said.

“Waiting for a new song Aima”

She has millions of Instagram followers. She takes to the platform to share her pictures and videos. Earlier, the pictures of her in a black shirt and overall with dark blue pants went viral as well.

It is pertinent to mention that Aima Baig became Spotify’s most-streamed female artist of Pakistan for 2021. She said her dream came true. She was thanked for her amazing work this year by the music streaming portal.

Last year, she scolded a fan during a concert and asked the management to send back the guy who is spoiling the event for all other attendees.

The young music star didn’t hold back and confronted a man from the audience who misbehaved with her. A short video clip made rounds on social media, that saw the singer losing her calm during a concert at Punjab Group of Colleges in Gujranwala.

She threatened the audience to leave the concert midway if the misconduct continues, “Push this person away from the stage, a single person is spoiling the event”, the Do Bol singer remarked.

Aima Baig continued with her performance as the audience apologized, “I have come here to sing and I will perform”, she mentioned.