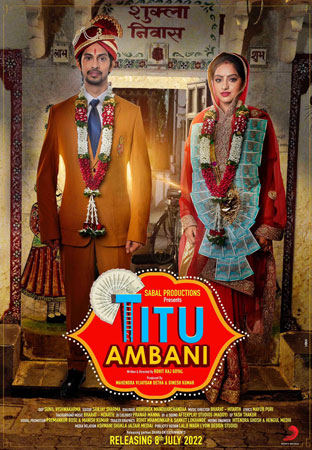 Set in Ajmer, Titu Ambani revolves around a young man from a middle class family who believes in chasing a business idea over slogging at a job. Titu Shukla’s parents get him married to his sweetheart, Mosmi, assuming that it would make him responsible and change his attitude towards life. When the marriage develops cracks following misunderstandings, Titu finds himself pushed to a corner. Whether he changes as a person and puts his priorities in order or not forms the remaining narrative.

The ingredients were all here: a bunch of NSD-certified actors, a theme, several pertinent topics on hand, and the possibility of an engaging and entertaining two-hour family drama, laced with humour and a powerful message. What one gets to see is a slow-paced, and verbose family drama, which is drab in most parts. Yes, there are times when the dialogues will make you chuckle but that’s probably not the purpose of making the film in the first place. Yes, it’s probably one of the few saving graces of the film. The writing overall is weak. Some of the characters feel one-dimensional, over-the-top and difficult to relate with. Even the romantic angle of the film doesn’t draw you in. And hence it gets difficult to invest in the couple’s emotional turmoil post-marriage.

The film feels like a stretched product despite a mere two-hour run-time. The camera work, sound and production design are fine. Sadly, it’s the elements that can hook an audience that are all misplaced throughout the film. The songs pass muster but there’s not one track that stays with you long after the film is over. 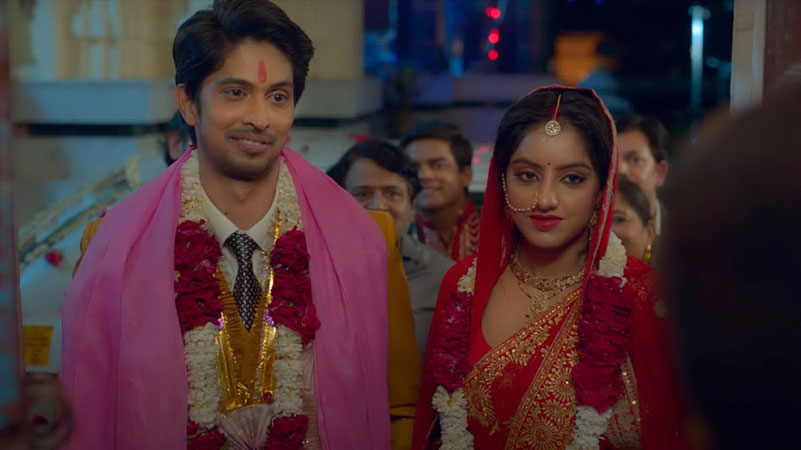 Tushar Pandey and Raghubir Yadav try really hard to elevate some weak writing. Deepika Singh puts out an honest, frill-and-fuss-free performance, too. But none of the performances really tug at your heart’s strings. And you don’t find yourself invested in the characters’ journeys. The film takes very long to come to the point it’s trying hard to make, something the director needed to pay close attention to. It’s sufficient to say that he has a very long mile to walk while honing and improving his storytelling style.

To sum it up, this could have been a pacy, entertaining family drama dealing with important, every-day issues. It turns out to be a long and tedious drama that loses its way trying to get to its focal point.