PML-N’s game is over in Punjab: PTI 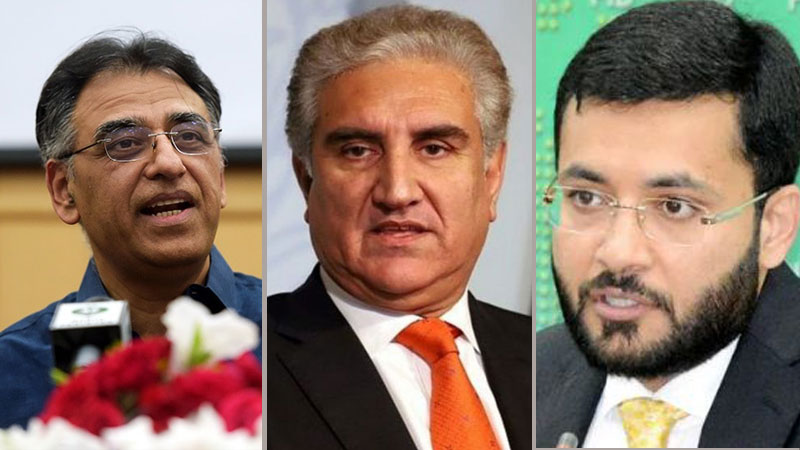 PTI leader Farrukh Habib Saturday said PML-N had lost its political battle and was left with no option to save its government in the Punjab led by Hamza Shehbaz.

“Nobody is ready to defend the illegal and unconstitutional ruling of the deputy speaker,” he said while speaking to the media outside the Supreme Court’s Lahore registry.

He was referring to apex court short order issued earlier in the day, wherein the top court suspended the Punjab Assembly deputy speaker’s ruling and restrained Hamza to exercise absolute powers and serve only as a “trustee” chief minister until the hearing resumed in Islamabad on Monday.

The ruling came a day after PML-N won a dramatic victory against the PTI that few had predicted in the Punjab chief minister’s election, retaining the throne of Punjab after surviving its closest brush with loss in the country’s political heartland.

Warmed in the nick of time by a letter from PML-Q head Chaudhry Shujaat Hussain – instructing his MPAs to vote for PML-N’s candidate – Hamza Shehbaz was declared a victor after Punjab Assembly Deputy Speaker Dost Mohammad Mazari ruled that PML-Q members’ votes were not counted in light of party head’s letter.

Farrukh said the deputy speaker’s ruling was not in line with the Supreme Court verdict on Article 63-A related to the defection clause and added that only parliamentary head of the party had the right to issue directions to the lawmakers.

“If Hamza Shehbaz is fond of wearing ‘achkan’ then he should participate in fashion shows,” he remarked, says a news report. The former state minister said the apex court with an “open heart” allowed CM Hamza to serve as the ‘trustee’ chief executive of the province otherwise in reality “he is the fake chief minister”.

“All eyes are on the Supreme Court. We are hopeful that Pervaiz Elahi will be the chief minister of Punjab,” he added. He also took a jibe at tlkahe former president Asif Ali Zardari, who played a key role in winning Chaudhry Shujaat’s support for PML-N, saying he is only “bhaari (heavy) on thieves and robbers, not on people”. Meanwhile, former information minister and senior PTI leader Fawad Chaudhry said that the country had been reeling under political crisis due to “unnecessary adventure of the establishment”. Speaking to the media in Lahore, Fawad asked the powerful quarters not to “play” with Pakistan as the country was suffering due to political and economic instability.

“How did Chaudhary Shujaat’s letter land in deputy speaker’s pocket,” Fawad wondered, adding that the Mazari should be summoned in court for contempt. Earlier, before the hearing commenced, PTI leader Asad Umar said the apex court’s ruling on the matter was expected today, after which Imran would announce the next plan of action for all Pakistanis who believed in true freedom.

He described the deputy speaker’s ruling as the “last hiccup of a dying system in which [some] families have been imposed on Pakistan”. Former foreign minister PTI leader Shah Mahmood Qureshi, who was also present on the occasion, criticised Zardari and said Shujaat’s letter had no “constitutional value” as it had not been circulated among lawmakers. “That the deputy speaker kept it in his pocket shows there’s mala fide,” he remarked. After the SC summoned Mazari, Umar separately tweeted that the court had made the matter “very simple” now. “[The court] has summoned the deputy speaker at 2pm. Let us also know where the Supreme Court said in its ruling that the party chief had the authority to give instructions regarding voting. The Constitution is very clear that it is the authority of the parliamentary party,” he said.