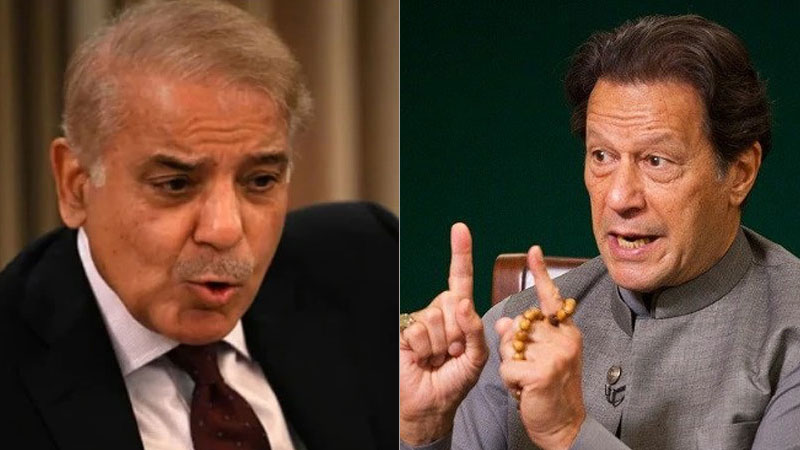 Hours after the federal cabinet approved an ordinance to bypass all the procedures for the process and also abolished regulatory checks for selling state’s assets to foreign countries Prime Minister Shehbaz Sharif and PTI Chairman Imran Khan on Saturday engaged in a fiery debate on Twitter.

While launching a tirade against Prime Minister Shehbaz Sharif and former president and Pakistan Peoples’ Party (PPP) co-chairman Asif Ali Zardari said that the thieves should not be allowed to sell national assets. “How can Imported govt brought to power through US conspiracy, led by Crime Minister, who’s family along with Zardari have volumes written on their corruption, be trusted with sale of national assets & that too though bypassing all procedural & legal checks.”

He said, “These peoples have been plundering Pakistan for last 30 years and are now responsible for the present economic meltdown.” “These thieves should never be allowed to sell our national assets in the devious manner they are attempting,” Imran Khan said, adding the nation will never trust them with national assets.

Earlier in a tweet, the PTI chairman said that in just over three months, the Zardari-Sharif mafia has brought the country to its knees politically and economically. The former PM said that PML-N and PPP want to save their illegally accumulated wealth amassed over 30 years of plundering Pakistan. The PTI Chairman further said that he can say with certainty after his interaction with nation and its response to his call that people of Pakistan have had enough and will not allow these mafias to continue their loot and plunder.

The former premier warned that country is not far from Sri Lanka moment when public pours out into streets. Replying to the PTI chairman’s tweets, PM Shehbaz said that he “suffers from a memory loss and needs a few reminders”. He wrote: “One, as per Transparency International report, corruption increased during his rule. Even transfers/postings were on sale in addition to big scams. “Two, the people are paying the price of how he mismanaged the economy,” he added.

Highlighting the third point, he accused Khan of “deeply hurting” the global prestige and standing of the country and its relations with friendly countries. “Four, he has lost a sense of balance in his lust for power, which is evidenced by his habitual recourse to lies, propaganda [and] blatant twisting of facts,” he wrote on Twitter.