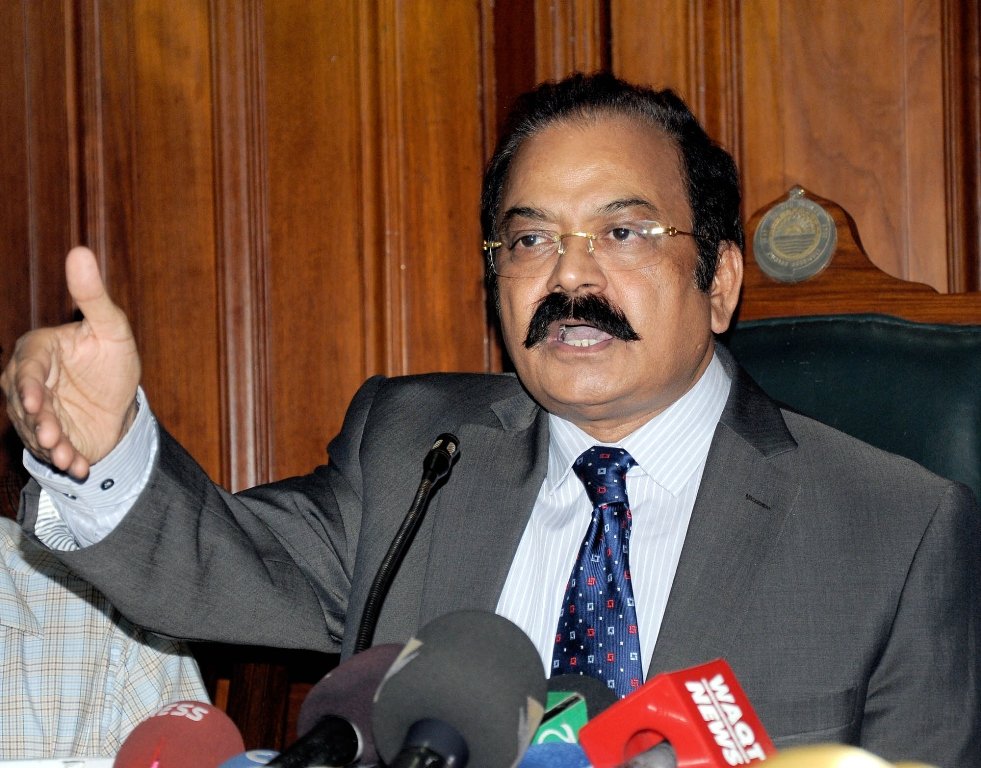 Interior Minister Rana Sanaullah said on Saturday that a group under Imran Khan wanted to mislead the nation through its lies and baseless propaganda.

Talking to the media, he said that Niazi had been propagating for the last three days that his men were being purchased by greasing their palms, but the number of votes in the Punjab Assembly for chief minister’s election had exposed his propaganda as not a single member of either sides (PTI and PML-N) voted against his party.

He said that Niazi was an untrustworthy person and he (Imran) was pursuing the agenda of dividing the nation and misleading the youth, adding that the person (Niazi) could cause colossal loss to the nation.

Citing the trespassing of the Supreme Court Lahore Registry by PTI workers on Friday night, the Interior Minister said that Deputy Registrar should have informed the government about the situation. As a lawyer, he said that courts should be respected, adding that Imran Khan used derogatory language against courts while the courts were opened for him at midnight.

“The minister said that the Election Commission of Pakistan was not announcing the verdict on Foreign Funding Case in fear that Imran Khan may use derogatory and abusive language against them.  Rana Sanaullah demanded the ECP to immediately announce the verdict on Foreign Funding Case as it was clear that Niazi took money from abroad to destabilize the country and legal action should be now initiated against him. He also appealed to the Chief Justice of the Supreme Court to constitute a full bench to hear the cases, in which, PML-N was a party.

“I have never observed any lawyer citing the decision of Zulfikar Ali Bhutto Shaheed case in any proceedings which means that neither bar accepts the verdict nor courts,” he added. The minister said that Article 63-A should be interpreted in letter and spirit.   He reiterated that Imran was a trouble-maker so an appropriate rangers force had been provided to provinces to deal with any untoward violence.