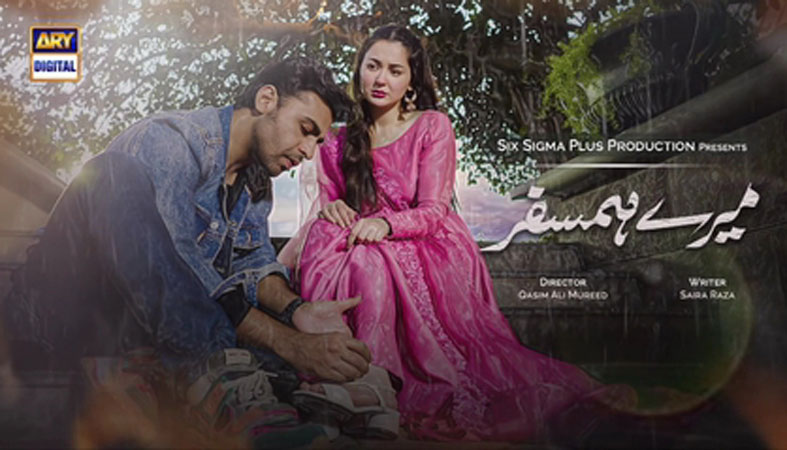 Pakistani drama serial Mere Humsafar has been conquering hearts in Pakistan and beyond borders and it’s all because of Hania Aamir – Farhan Saeed’s undeniable chemistry. The dreamy soundtrack has also created a frenzy online. Even though the drama initially began with a run-of-the-mill storyline of selfish in-laws, abusive relationships and a beautiful heroine silently accepting misery as her fate, it has become a fan favourite – all because of the right reasons. Needless to say, Mere Humsafar OST is one of the top reasons for the drama’s unprecedented popularity, the lyrics, music, and composition are a pleasure to listen to. Yashal Shahid, Amanat Ali and Zaheer Abbas have done a great job to complement the drama with a masterpiece OST. The melodious soundtrack has amassed a vas fan following including Indian celebrities like Sonam Bajwa, Akasa Singh and Gauhar Khan who shared their unique takes on social media.