Erasing every doubt from the minds of sceptics, the MQM has once again clutched a decisive victory in the third phase of the local bodies’ elections in Karachi last week. Nonetheless, I will not expound on how and why the Sindh-based political party wins the elections, nor will I thrash the voters for voting in favour of ‘corrupt politicians’ and ‘criminal elements’. The bottom line for me stays crystal clear: despite all the negative publicity in the local and international media and despite the allegations of its involvement in violence and crime, the MQM has managed to retain the confidence of an overwhelming majority of the Urdu-speaking immigrant population of the city that stamps in favour of Altaf Hussein no matter how deep his legal troubles may seem to be to the rest of the world.

Instead, I would like to focus on those who have lost the elections when they thought they had nailed it after two years of hard work. Having properly identified them I would also want to touch upon the reasons behind why they failed to grab the spill of an ‘endangered’ political party. So, tell me first: who do you think lost the elections last week? Do you reckon it was the political alliance led by Imran Khan’s PTI and the Jamaat-e-Islami (JI) under the leadership of Sirajul Haq? True, but politicians were not alone when they had to face a humiliating defeat; the powers that forged their alliance and provided them with a media boost also have fallen flat on the ground.

To put it in a different way, and by using Imran Khan’s own analogy, let me say that the MQM took at least three wickets in a single delivery. First, as we know, it demolished the facade of a strong opposition built by the PTI and JI. Second, it has thrown a hard bouncer to ill-informed media commentators who neither understand the dynamics of the city nor can relate to the insecurities of the Urdu-speaking population. And last, the MQM has retaliated against the umpire, the third party that was supposed to create a conducive environment for all the political parties, a fair play in which everyone was offered an equal opportunity to convince the voter. However, lop-siding in favour of the opposition, the umpire engrossed itself in a witch-hunt against the MQM and that was its mistake, a blunder that turned the chips in favour of the troubled party.

To understand it better, let us go back in time: when the Karachi operation started a couple of years ago, it was supposed to be directed at all the criminal elements irrespective of their party association, if there existed an association. The MQM, being one of these parties, agreed to the objectives of the plan. The goal was to reduce the crime rate in the city and jump-start the economy, which was stagnating. In the first few months, as the operation yielded positive results and the rate of target killings and street robberies dropped, pro-establishment parties like the PTI celebrated the outcome though the MQM stood quietly by, not sure about the next phase.

Do not get me wrong; the people of the city felt relieved too, irrespective of the MQM’s apprehensions. The economy began to kickoff and real estate prices soared, a sign of returning investors. Many critics thought the success of the operation meant the loss of the popularity of the MQM, which held some truth in it but not all. Imran saw that as an opportunity too and jumped right in with his usual harsh anti-Altaf rhetoric. His idea was simple: the more you demonise the MQM and its leadership, the more supporters you can pull from the pool of independents, the silent majority that can lead the PTI to electoral victory if energised enough to cast their votes. His message of non-ethnic based transparent politics appealed to the masses and clicked as much with the youth of Urdu-speaking people as it did in Lahore or Rawalpindi. They felt confident that the change they were all rooting for was knocking at their doors.

So far so good, till one day the Rangers stormed into the MQM’s headquarters and detained its workers. “Could they raid the PTI headquarters too like that?” MQM supporters started questioning. “Can they even think of entering the residence of Bilawal Bhutto in Clifton to capture a few guns?” they murmured. “Is this operation targeted at the criminals or the party?” Or even worse: “Do they think it is the same?” These were some legitimate questions that needed to be addressed and clarified, yet were ignored as usual.

After that raid, Karachites noticed the operation had transgressed from its original goal and had gotten more and more pointed towards the MQM. Its workers were getting arrested, tortured and went missing without ever being produced in the courts. A crime was thus being committed to stop another crime that inconspicuously pushed the balance the other way. You could sense it after the previous by-elections in Karachi. Popularity ratings had started to slide down then. It was not the MQM’s graph this time; rather it was the Rangers who were being blamed for their extrajudicial ‘activities’.

Imran did not see the balance swinging towards the other side and kept on pushing in favour of a stricter operation, even when some of their torture techniques were leaked to the media. The Urdu speaking people knew he had a soft corner for the Taliban as he always favoured negotiations with them but when it came to the MQM, they noticed how warmth and tenderness evaporated and his heart turned cold and hard. He wanted strong action. That indifference had to cost him, which it did in the elections, although he did not realise it then. Now his party advocates are blaming Karachites for voting them out. They do not understand that no one favours crime and corruption but people can live with it if the alternative is political persecution.

The writer is a US-based freelance columnist. He tweets at @KaamranHashmi and can be reached at skamranhashmi@gmail.com 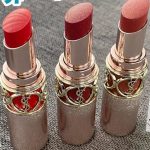 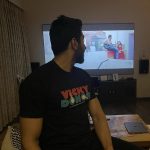 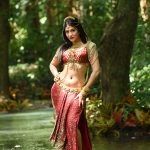 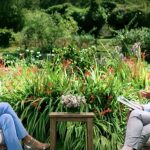 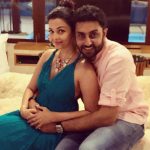