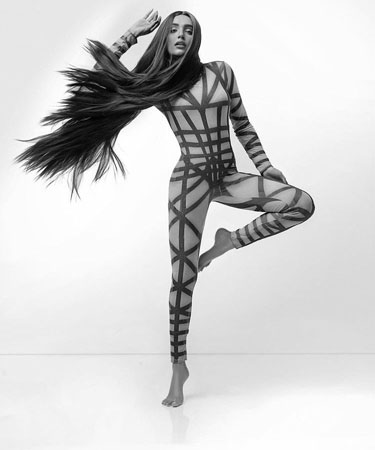 Amna Ilyas has been making waves in the Pakistani showbiz industry ever since she landed her first job.

Despite facing many hurdles in her career, Ilyas did not let the problems get the best of her.

The Baaji actress has made quite a reputation for herself in the industry with diligence and hard work. Be it modeling or acting, Ilyas has stunned the audience with every avatar she dons.

Ilyas is one of those actresses who never shied away from sharing bold pictures and videos on social media. This time around, the model posted some bold and unconventional black and white pictures donning a fitted bodysuit on Instagram.

Right after the pictures went viral, the model was once again in hot waters and highly criticised for her provocative dressing. The netizens called her out for inappropriate poses as well.