‘Joyland’ all set to release in Pakistan 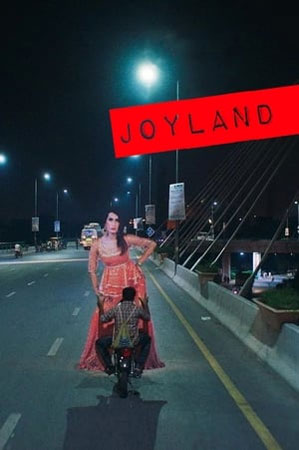 Joyland is finally coming to Pakistan around fall this year. According to media outlets, filmmaker Saim Sadiq said that it was always meant to be screened here – getting selected by Cannes was just a bonus.

Sadiq also said, “He is not afraid of rejection by the censor board because he knows his film and consequently knows there is nothing to censor in it.”

Joyland features the likes of Sarwat Gilani, Sania Saeed, Ali Junejo, Alina Khan, and Rasti Farooq. Saim Saddiq’s film features a daring portrait of a transgender dancer in a Muslim country. In response to questions about the release of the movie in Pakistan, Sadiq said: “Yes! Joyland will be screening in Pakistan and UK, and US and Melbourne, Toronto, etc. At festivals and then in theatres. In good time”.

Joyland’s producer Sarmad Khoosat had also hinted at the release of the movie in Pakistan saying that the film will be screened at a good time.