* 'No offence to anyone, this video is made just for fun sake,' Abbas wrote in the caption of the clip 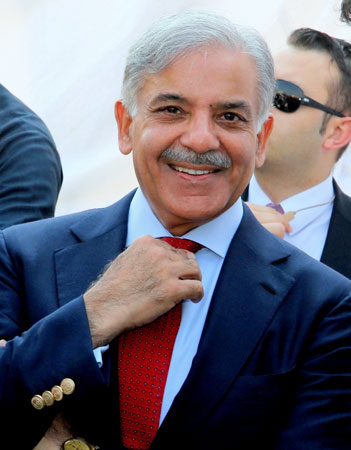 The ‘Amanat’ actor took to his account on the photo and video sharing application, Tuesday, to share a funny snippet of himself. The now-viral video reminding fans of the OG Dubsmash days, sees him imitating the PM Shehbaz Sharif on the script of one of his earlier speeches.

“No offence to anyone, this video is made just for fun sake,” Abbas wrote in the caption of the clip. “It’s not at all political or hateful and doesn’t reflect my association or dislike for any personality or political party rather I think it was really cute yet funny,” he further clarified.

The funny clip of Abbas which has been played by millions of Instagrammers within hours garnered uncountable likes as well as applauding comments for the actor and his talent.

Among the several celebrities who were spotted praising Abbas in the comments section, was ‘Habs’ star Ushna Shah, who wrote, “A little reminder ladies and gentleman: Imran Abbas is a truly professional actor.”

On the other hand, actor Salman Saeed dropped a Punjabi remark on the post. Imran Abbas, has proved himself as one of the most versatile actors, in both protagonist and antagonist characters. His notable performances came in serials including ‘Thora Sa Haq’, ‘Koi Chand Rakh’, ‘Noorul Ain’, ‘Aitraz’ and others.