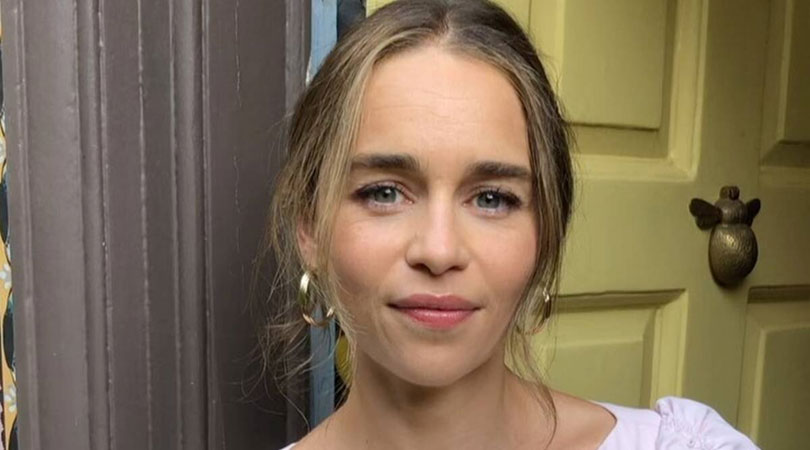 Emilia Clarke is sharing more details about the health scares that almost ended her life.

The Game of Thrones star, 35, said that she went through the “most excruciating pain” while suffering from two separate aneurysms in 2011 and 2013.

“The amount of my brain that is no longer usable-it’s remarkable that I am able to speak, sometimes articulately and live my life completely normally with absolutely no repercussions,” Clarke shared during an interview on BBC’s Sunday Morning. “I am in the really, really, really small minority of people that can survive that.” The actress then recalled the times she saw scans of her brain after the aneurysms, saying that there’s “quite a bit missing” from that vital organ.

“Strokes, basically, as soon as any part of your brain doesn’t get blood for a second, it’s gone,” Clarke continued. “So, the blood finds a different route to get around, but then whatever bit is missing is therefore gone.” In 2019, Clarke first opened up about her aneurysms in an essay entitled “A Battle for My Life,” revealing that she almost died from the health scares. Her first hospitalisation came in 2011 after wrapping season one of Game of Thrones. Clarke said she was at the gym when she started feeling “as though an elastic band were squeezing my brain.”

Clarke was then transported to the National Hospital for Neurology and Neurosurgery in London where she underwent brain surgery.

After finishing season three of the hit HBO show, the actress said she had a brain scan that showed “the growth on the other side of my brain had doubled in size” and needed to have surgery.

After the second surgery, Clarke said she woke up “screaming in pain.”

“The procedure had failed,” the Me Before You star explained. “I had a massive bleed and the doctors made it plain that my chances of surviving were precarious if they didn’t operate again. This time they needed to access my brain in the old-fashioned way-through my skull. And the operation had to happen immediately.”

Since then, Clarke has used her life-changing health scares to help others. She created SameYou, a charity that supports stroke and brain injury victims through emotional, mental health and cognitive recovery services.

“I thought, ‘Well, this is who you are,'” she told Sunday Morning. “‘This is the brain that you have.’ So, there’s no point in continually wracking your brains about what might not be there.”