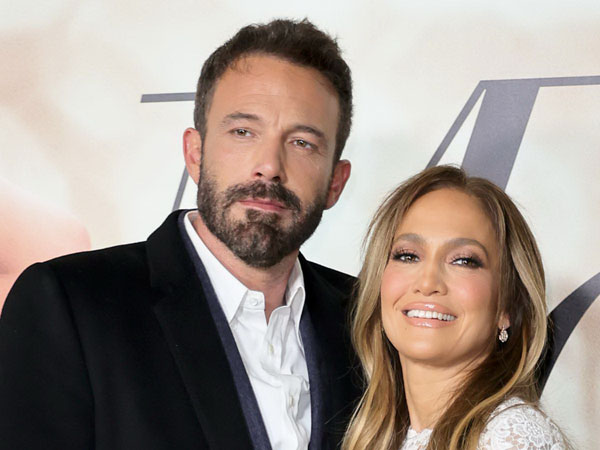 After two decades, Ben Affleck and Jennifer Lopez have gotten their fairytale ending. The two married in a ceremony in Las Vegas on July 16, E! News has confirmed. Ben Affleck and Jennifer Lopez have obtained a marriage license in Las Vegas. In a July 16 court filing, seen by E! News, J.Lo notes that her name be legally changed to “Jennifer Affleck.” The couple then tied the knot in a ceremony at A Little White Wedding Chapel, a rep for the venue told E! News.

E! News has reached out to the couple’s reps for comment and has not heard back.

Back in April, Ben and Jen broke the Internet when they announced that they had gotten engaged for a second time via Jennifer’s “On The JLo” newsletter. In a video clip sent to fans, a teary-eyed Jennifer can be seen smiling as she proudly shows off the gorgeous, green engagement ring on her finger. She then remarks, “You’re perfect.”

After the engagement, a source close to JLo told E! News that the singer was “ecstatic” and “can’t wait to be his wife,” adding, “She believes it’s true love and was meant to be.” Jennifer detailed the proposal in her newsletter on April 12, sharing that Ben got down on one knee while she was taking a relaxing bubble bath.

“I was taken totally off guard and just looked in his eyes smiling and crying at the same time trying hard to get my head around the fact that after 20 years this was happening all over again,” she shared. “I was quite literally speechless and he said, ‘is that a yes?’ I said ‘YES of course that’s a YES.'” “Just a quiet Saturday night at home, two people promising to always be there for each other,” Jennifer wrote. “Two very lucky people who got a second chance at true love.”

Ben and Jennifer’s walk down the aisle is a long time coming for the pair. As fans will recall, the stars, who first met while shooting the 2003 film Gigli, almost tied the knot back in the early-aughts after they first got engaged in November 2002. However, less than two years later, Ben and Jen ended up calling off their engagement in January 2004.

Following their split, Ben went on to marry actress Jennifer Garner in 2005. The pair, who divorced in 2015, share three children together: daughters Violet, 16, and Seraphina, 13, and son Samuel, 10. Jennifer similarly went on to welcome twins, Emme and Max, 14, with ex-husband Marc Anthony, who she split from in 2014.

While Ben and Jen remained on friendly terms throughout the years, the Argo director and “Let’s Get Loud” singer wouldn’t spark relationship rumors again until nearly two decades after their split in April 2021, when, after Jennifer’s break up with Alex Rodriguez, she and Ben were spotted vacationing together in Montana.

Since then, the couple have been inseparable (even with their busy work schedules) and can often be spotted going out on PDA-packed date nights, walking the red carpet or jet setting on a romantic getaway together. And, when they’re not taking the world by storm, the laid-back pair can typically be found enjoying some quality time with their blended family.

In fact, an insider told E! in August that it was extremely important to Jennifer “to get to know Ben’s kids and welcome them into her home and her life,” adding, “They have spent a lot of time getting to know each other and letting the kids have fun and bond.” That includes spending the holidays together including Halloween and Thanksgiving last year.

And while the pair were initially in no rush to tie the knot, when it’s meant to be, why wait? “They are both very secure within their relationship and Ben worships her,” a source told E! in July. “It’s truly meant to be and everyone around them thinks they are a perfect match.”