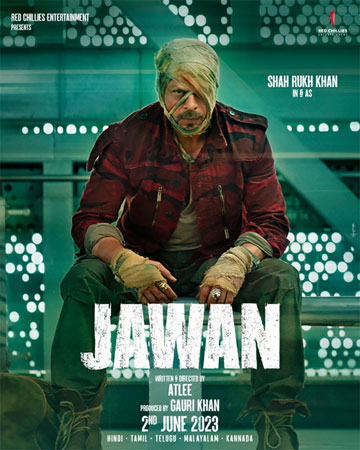 As Bollywood’s beloved on-screen pair, Shah rukh Khan and Deepika Padukone come together again for ‘Jawan’, reports are that the plotline of the upcoming title is connected to their first movie together, ‘Om Shanti Om’.

Ever since the news of DP making a cameo in the SRK-Atlee Pan-Indian collab, fans have been eagerly hunting for details about her role, more so after the intriguing first look of Khan’s character in the action-packed teaser.

Now, an exclusive report shared by an Indian media outlet about the character of ‘Padmaavat’ actor has taken the Internet by storm and is giving fans major nostalgia for her debut Bollywood movie ‘Om Shanti Om’, also alongside Khan.

As per the details, Padukone will play the wife of ‘Jawan’ in the movie, which sees Khan taking revenge for her death. Reportedly, the sequence will remind the audience of the ‘Om Shanti Om’ tragic death scene starring both the actors.

Apart from Deepika Padukone, stars with the likes of Nayanthara, Thalapathy Vijay, Sanya Malhotra and Sunil Grover have been roped to play cameos in the title which will also feature Vijay Sethupathi, Yogi Babu, Simarjeet Singh Nagra, Manahar Kumar and Priyamani in the pivotal roles. Shahrukh Khan and his wife Gauri’s production company Red Chillies Entertainment will bankroll the Atlee Kumar-helmed ‘Jawan’. It will hit theatres on June 2, 2023, in five languages including Hindi, Tamil, Telugu, Malayalam and Kannada.