Neelam Muneer reveals her Instagram chat with a fan 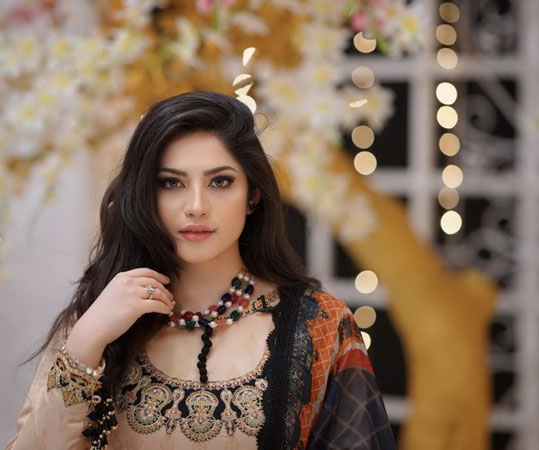 Pakistan’s famed film and TV actor Neelam Muneer Khan has revealed her Instagram conversation with a fan which has gone viral.

‘Pyar Deewangi Hai’ actor turned to her account on the photo and video sharing application, Friday, to share a screengrab of her Instagram chat with a fan. The said fan account had sent Khan two pictures of Hollywood stars Monica Bellucci and Cindy Crawford.

Moreover, the admirer also complimented the showbiz star in the following text, which read: “If you combine Cindy Crawford and Monica Bellucci, You get Neelam Muneer.”

Khan shared the conversation on her Instagram stories and wrote, “Interesting DM for an interesting fan. Not sure if it’s right or wrong.”

It is pertinent to mention that this is not the first time, fans have drawn comparisons between her and Crawford. Many people find an uncanny resemblance between the two.

Khan who is one of the most followed celebs of Pakistan on social media often takes to her official accounts to share glimpses of work as well as personal life, with her 6.3 million fans.

Naleem Muneer Khan last appeared on the big screen with Yasir Nawaz directed murder mystery ‘Chakkar’, and is currently being seen in ARY Digital’s serial ‘Pyar Deewangi Hai’. The play – which airs in prime time every Monday – follows the tale of Rabi and her cousin-fiance Mateen, while some uncontrollable incidents pulled the two apart.

On the personal front, Neelam Muneer Khan had refuted her marriage rumours which circulated on the internet earlier this year. “Hi everyone, I’m not engaged or getting married,” she clarified on the social media platforms. “All the rumours are 100% wrong.”

In an interview, she also confirmed that fans will come to know about her marriage which will be a simple affair.