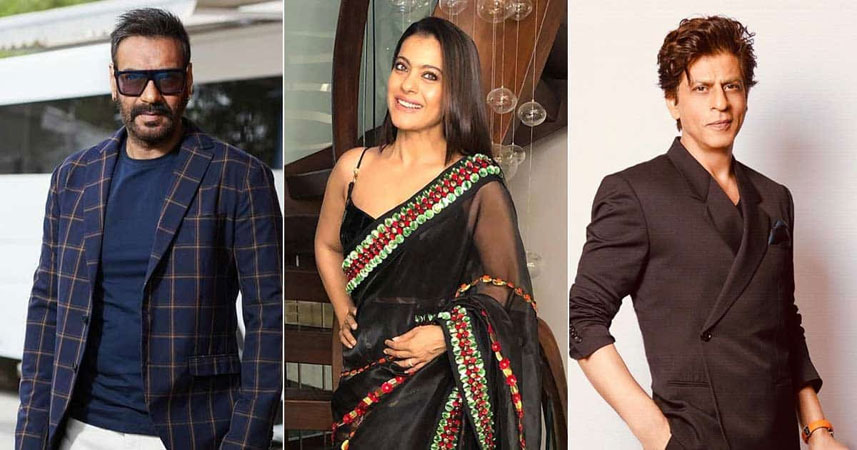 Is the 90s favourite Bollywood duo, Shahrukh Khan and Kajol, set to make a comeback as a pair in Ajay Devgn directorial? Read to know the truth.

Sorry to break your hearts fans, but there is no truth in this rumour, nor any such project is distantly being thought about. But by now, are you also wondering, where this baseless conjecture emerged from? It all began with a tweet shared by a fan account of King Khan on Friday.

A Twitter user named Rahul Agarwal, who claims himself to be a die-hard Shahrukh Khan fan posted a picture of the trio, Khan and real-life couple, Kajol and Ajay Devgn on the micro-blogging site with an announcement as ‘Big Breaking News’. “Ajay devgan Direct SRK×kajol in romantic movie,” read the text along the pic.

Obviously, the writing doesn’t help with anything except for a good few minutes of laughter to the Bollywood fans, as everyone know that there is no truth in this report. Several users of the social platform even took to the comments section of the post to roast the OP for sharing baseless statements without any fact check.

“There’s like a zero chance of this happening,” a user wrote. Another commented, “So unlikely that no one would even joke about this on 1st April.”

It is pertinent to mention that it is in reference to Khan’s Instagram live, where he admitted that he is ‘too old to do romantic films’ anymore.

He said, “I think I am too old to do romantic films now. It is awkward at times. I remember, many years ago, I was working in a film and the lady opposite me was way younger than me. It was awkward to do a romantic scene with her.

I was a little shy. But then you are an actor. I have to imagine that I am her age.”