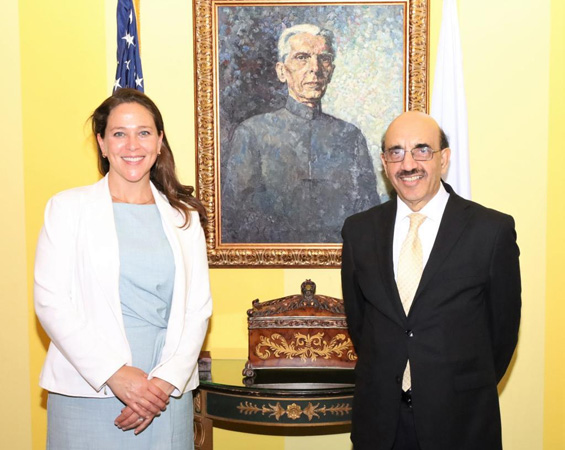 Chief Economist Dr Emily Blanchard brings to her office rich experience in research on the role of foreign investment and global value chains in changing the role of trade and trade agreements in the 21st century, and globalization and education shaping policy outcomes and the distribution of income within and across countries. She has held eminent positions and is a leading expert on international economic policy, a professor at Dartmouth’s Tuck School of Business and a research fellow with the Center for Economic Policy Research.

Ambassador Masood Khan in his meeting with Chief Economist Dr. Emily Blanchard discussed global economic trends and implications of food and fuel insecurity around the globe. After the meeting, Under Secretary Jose W. Fernandez tweeted that he was “Pleased to see Chief Economist met the Pakistani Ambassador to discuss broad global economic challenges and ways to enhance US – Pakistani economic ties for the benefit of our people.”