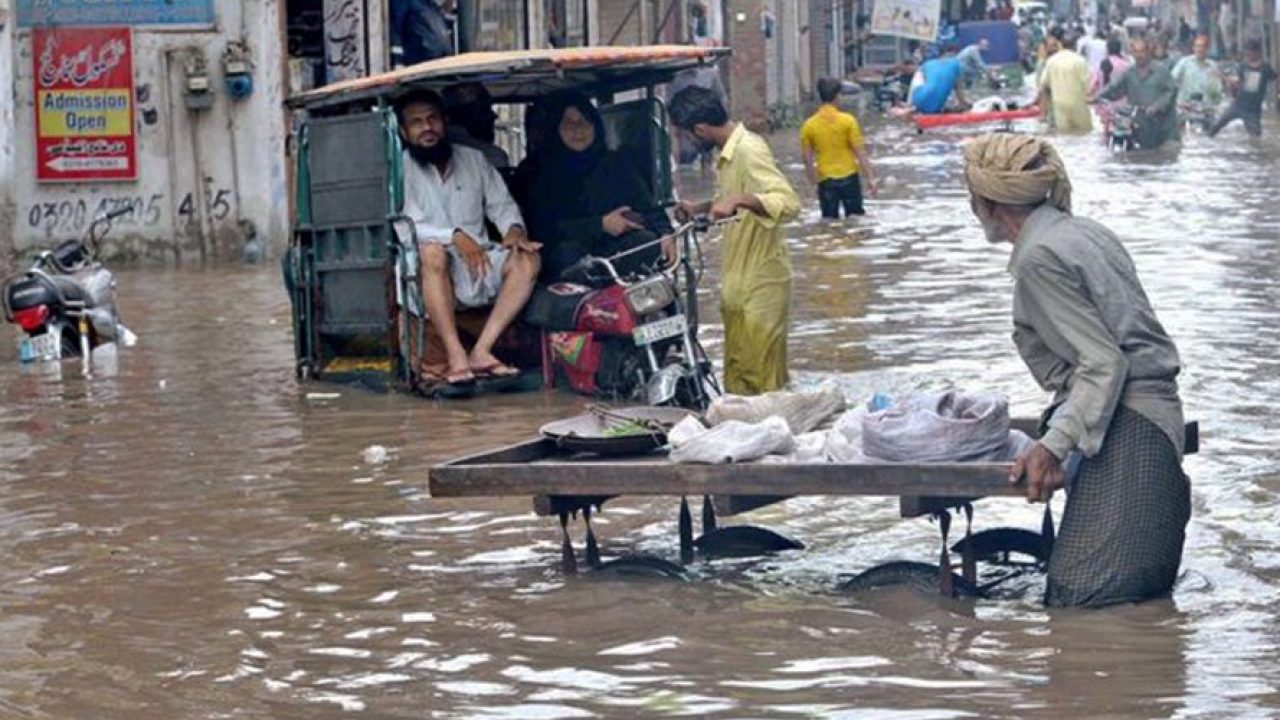 Heavy rain and strong winds lashed Lahore and other parts of upper and central Punjab on Thursday, providing much-needed relief to people suffering from hot and muggy weather.

Although cities in upper Punjab have been receiving rain for several days, it was the first spell of heavy rain in the provincial capital that inundated roads and even entered the Civil Secretariat, halting all official work.

Officers and other employees were stranded in knee-deep water as the temperature dropped to 27 degrees Celsius during the day.

Torrential rains in Sarai Alamgir, a city near Jehlum, caused water to enter people’s homes, shops, and fields for the second day in a row, costing farmers and shopkeepers millions of rupees. Similarly, it rained cats and dogs in Gujranwala, turning roads into puddles.

The situation was similar in Gujar Khan, a city near the twin cities of Rawalpindi and Islamabad, where heavy flooding in nullahs caused water to burst the banks and enter nearby localities. Due to the power outage, several areas were also left in the dark.

There was one death reported in Attock, where it had been raining for three days.