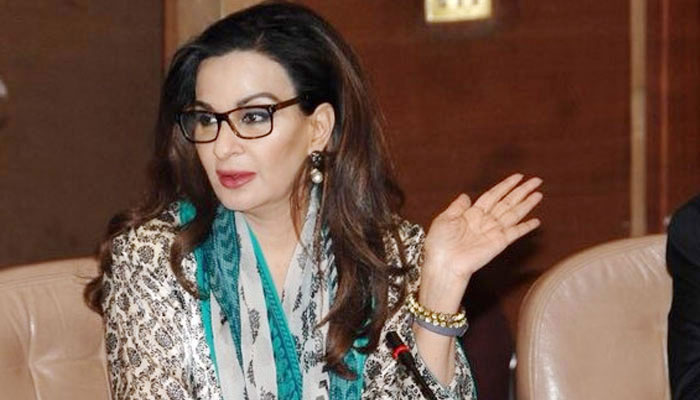 ISLAMABAD: Federal Minister for Climate Change Senator Sherry Rehman on Wednesday said the provinces of Sindh and Balochistan were receiving above-normal monsoon rainfall which would scale up further in the coming day.

The Federal Minister for Climate Change took to Twitter to share the rainfall situation in Sindh and Balochistan causing serious urban flooding and risk to human life and property.

She wrote, “Sindh & Balochistan still under heavy monsoon pressure for the last 13 days. Sindh is 625 % above the 30-year average, Balochistan 501”.

Sindh & Balochistan still under heavy monsoon pressure for the last 13 days. Sindh is 625 % above the 30 year average,Balochistan 501. @pmdgov reports a further rise in heavy rainfall starting tomorrow. Again the weather cycle will focus on Sindh,Balochistan for hi precipitation pic.twitter.com/LzXsSvhB6d

She urged that the quarters concerned across the board were asked to ensure better preparedness and response measures during the inclement weather.

The weather cycle again would focus on Sindh and Balochistan for high precipitation, she added. The Minister also shared an info-graphic highlighting the monsoon rainfall situation across the country.

In a separate tweet, the Minister said climate change was sweeping through the world with its existential impacts.

She also posted images of urban flooding in Sydney that submerged the major thoroughfares under water. “This is Sydney last week, Australia’s biggest city, lashed by torrential rains, leading to flash urban flooding”.

She added that over 30,000 residents had to be evacuated from Sydney’s flooded areas. The Minister went on to mention that South Asia, especially Pakistan was still in a serious monsoon cycle.