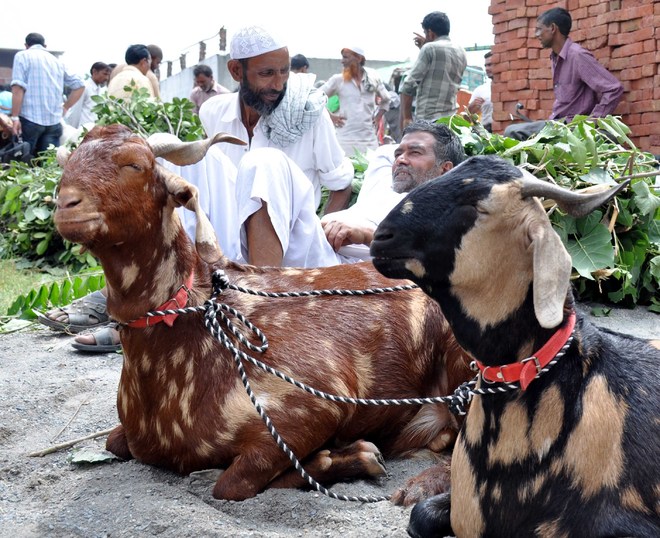 ISLAMABAD: With the sale of sacrificial animals, the majority of makeshift road vendors have been displaying a wide range of decorating ornaments and fodder for sacrificial animals in various localities of cities including the capital city to attract buyers, especially kids.

According to makeshift road vendors, decorating the sacrificial animals with different ornaments is a popular trend amongst people especially children before the arrival of annual festival of Eid-ul-Azha.

“Many roads were seen full of life as craftsmen selling decorative items at their makeshift stalls for sacrificial animals”, said a motorist while talking to a private news channel.

The ornaments that were displayed on roads were included garland, tikka, jhanjhanr, ghungroo, and metallic bands ranging between Rs. 300 to 700.

“Customers are visiting our stalls to buy decorative items for their animals, people show keen interest in buying decorative items these days, which gives them good business,said a vendor.”

On the other hand, a customer complained that the vendors had increase prices of such items ahead of Eid-ul-Azha with its high demand and they knew the fact that parents were usually forced by their children for such useless expense.

Echoing a similar view, a citizen also commented that like cattle traders in markets, road vendors selling animal fodder and ornaments were also demanding exorbitantly high prices that made it difficult for common citizen to fulfill the wish of their children.