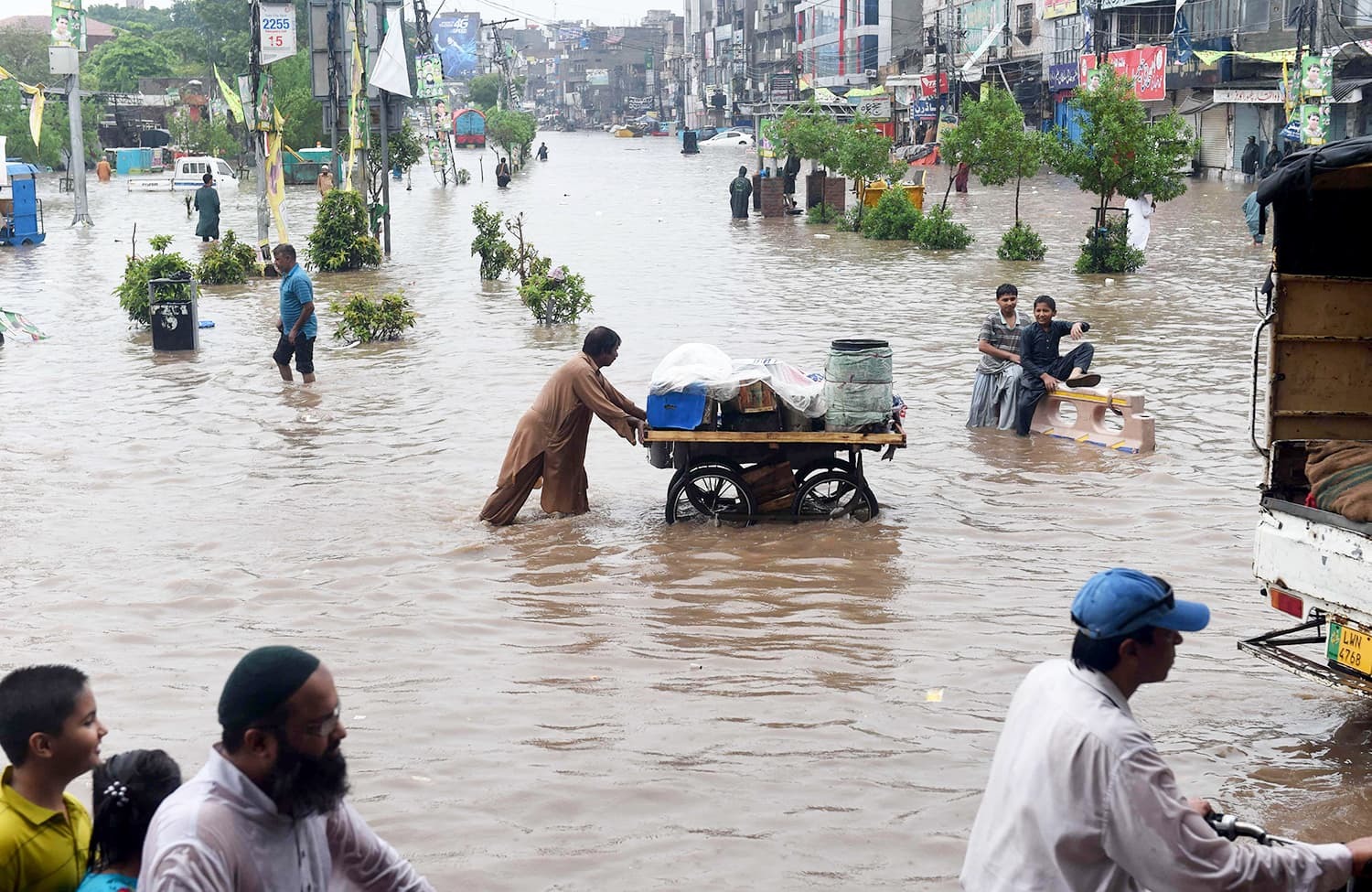 QUETTA: The Balochistan government has declared Quetta a disaster-struck area and imposed a state of emergency in the provincial capital after rain wreaked havoc, killing more than a dozen people in the province.

Monsoon rains continued for the second day in several districts of Balochistan on Wednesday. Due to torrential rains, the rivers and canals of the province have overflowed. Thirteen people were killed and more than 20 were injured when the walls and roofs of dozens of houses collapsed due to flash floods, when people have swept away, or when they drowned.

According to the Balochistan Disaster Management Authority, Qila Saifullah, Zhob, Pishin, and Harnai districts have been the most affected by the rains, whereas flood conditions have also been reported in Muslim Bagh, Qamaruddin, and Khushnoob.

There were flash floods overnight in several villages of Khushnoob, and a link bridge was swept away, making it difficult for rescue workers to reach the affected people.

According to the assistant commissioner, the wards and emergency rooms of Muslim Bagh Civil Hospital were flooded, while rain in the hilly areas of Muslim Bagh damaged more than 100 houses.

Moreover, the link roads of Kan Mehtarzai, Loi Band, and Ragha Sultanzai were washed away in the floods.

The Chaman administration has said that more than 70 houses were affected by the floods in Badizai and Torkhel areas, while the Harnai-Punjab-Loralai Highway has been closed for traffic due to torrential rains.

According to Levies officials, part of the Valin Dam in the Afghan border area of ​​Qamaruddin broke, causing water to enter low-lying areas and flood 11 homes. The affectees have been shifted to safer places.

Meanwhile, the bodies of two children have been found in the Pathankot river in Loralai.

The Levies officials said most of the access roads to remote areas of Qila Saifullah, Zhob, and Harnai have been affected and rescue operations hampered in several areas.