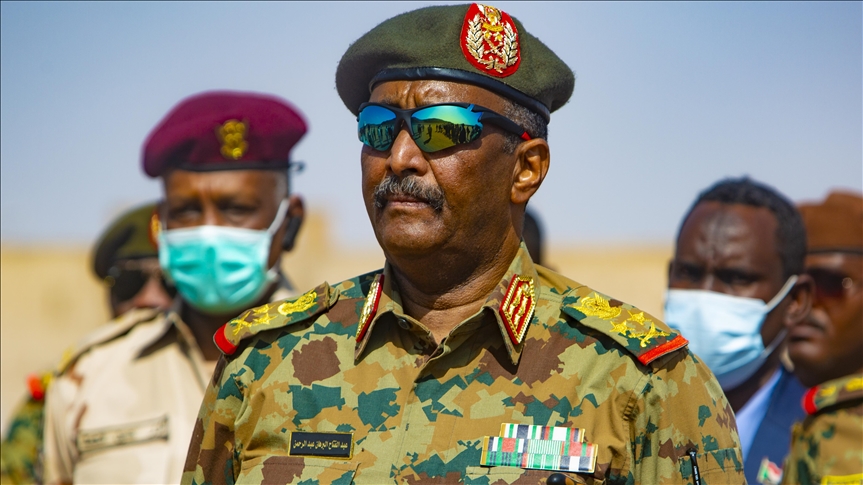 Khartoum: Sudanese strongman General Abdel Fattah al-Burhan has announced the army will make way for a civilian government in a bid to end protests that have rocked the country since October’s coup.

Burhan’s announcement late Monday came amid a fresh wave of pro-democracy protests. Recent rallies have been brutally suppressed, with at least 114 protesters killed since October, according to pro-democracy medics.

On October 25, 2021, the army arrested civilian members of the power-sharing transitional government installed after the 2019 ouster of longtime autocrat Omar al-Bashir. Those arrested include Prime Minister Abdalla Hamdok.

Hamdok’s office urges protesters to take to the streets. Security forces fire on demonstrators, killing several and wounding dozens. The coup, which is led by Burhan, sparks an immediate international backlash, with calls to free Hamdok.

The United States says it is suspending $700 million in aid to Sudan.

Protesters, who include key figures who were behind the popular uprising that led to Bashir’s fall, remain on the streets for days to demonstrate against the return to military rule.
Shops are shuttered as part of a campaign of civil disobedience.

Hamdok is put under house arrest. The security forces use tear gas to try to disperse protesters and make sweeping arrests.

The African Union suspends Sudan, and the World Bank freezes vital aid to the poverty-stricken country, which is already in the throes of an economic crisis. The UN Security Council calls on Sudan’s military rulers to restore the civilian-led government.

He maintains his position as chief, while military figures and ex-rebel leaders keep their posts. The main bloc demanding a transfer to civilian rule is excluded.