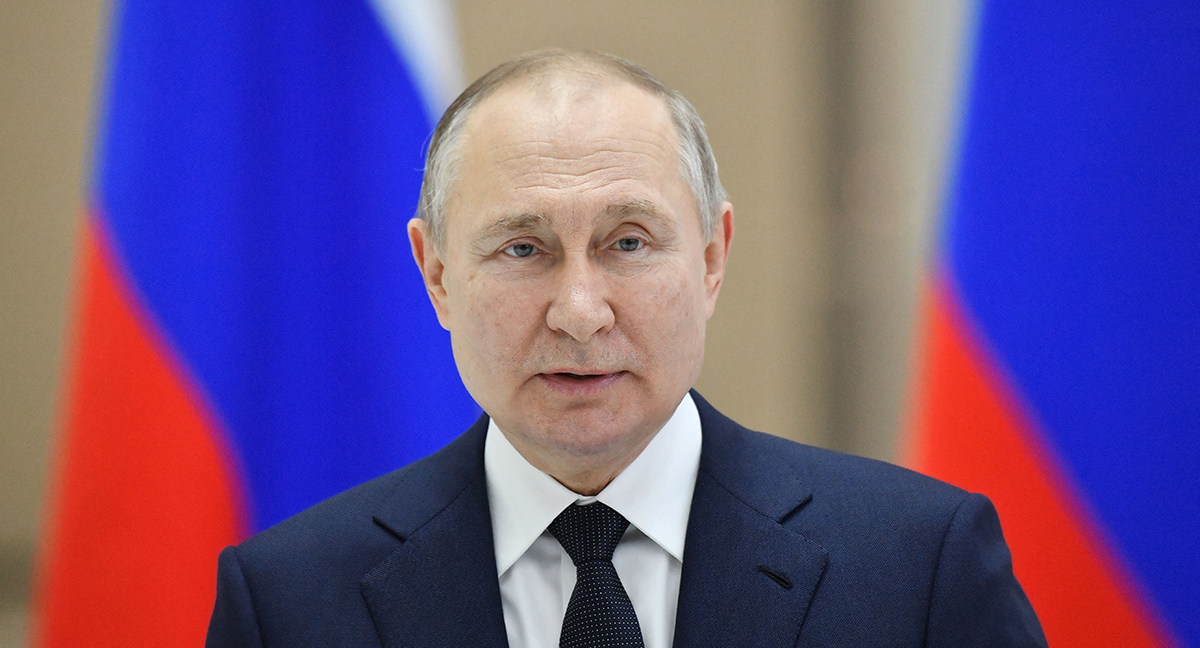 President Vladimir Putin on Monday ordered Russian troops to press their offensive deeper into the Donbas region of eastern Ukraine after Moscow’s forces seized the strategic city of Lysychansk.

Russian Defence Minister Sergei Shoigu told Putin at a meeting that Moscow’s forces were now in full control of the Lugansk region.

In a sign there would be no let-up in the fighting and that Russia now had its eyes on the entire Donetsk region, Putin told Shoigu that troops stationed there must continue their operations.

“Military units, including the East group and the West group, must carry out their tasks according to previously approved plans,” Putin said.

“I hope that everything will continue in their direction as has happened in Lugansk so far.”

The Ukrainian army said on Sunday it was retreating from Lysychansk to preserve the lives of its troops who were outnumbered and outgunned by Russian forces.

“The enemy continues to terrorise the border areas of the Sumy region, the city of Kharkiv and the (Donbas) region,” Ukrainian President Volodymyr Zelensky said in his nightly address, describing Russia’s intensifying offensive.

“We need to break them. This is a difficult task, it requires time and superhuman efforts. But we have no alternative.”

With the war now well into its fifth month, Ukraine told a reconstruction conference in Switzerland on Monday that it would already cost $750 billion to rebuild the country.

“The key source of recovery should be the confiscated assets of Russia and Russian oligarchs,” Prime Minister Denys Shmyhal told leaders of dozens of countries in Lugano.

In a video address, Zelensky described rebuilding Ukraine as the “common task of the whole democratic world” and the “biggest contribution to the support of global peace.”

The loss of Lysychansk over the weekend prompted Zelensky to step up calls for an increased supply of weapons from the West so Kyiv can keep up the resistance and regain lost territories.

After giving up on its initial war aim of capturing Kyiv following tough Ukrainian resistance, Russia has focused its efforts on securing control of the Donetsk and Lugansk areas which make up the Donbas region.

Moscow’s capture of Lysychansk — one week after the Ukrainian army also retreated from the neighbouring city of Severodonetsk — frees up Russian forces to advance on Kramatorsk and Sloviansk in Donetsk.

Lugansk region governor Sergiy Gayday said on Telegram that there was still fighting in the town of Bilogorivka outside Lysychansk.

“We keep defending a small part of the Lugansk region so that our army could build protective redoubts,” he added.

In his address late Sunday, Zelensky vowed Kyiv would fight on and ensure the military had “the most modern weapons”.

“Ukraine will reach the level when the fire superiority of the occupiers will be levelled.”

In a symbolic boost, the Ukrainian flag was raised on Snake Island, a rocky outcrop in the Black Sea, after Russia withdrew from the strategically important Ukrainian territory last week.

In Sloviansk, about 75 kilometres (45 miles) west of Lysychansk, there were few people on the streets on Monday, the day after Russian strikes that left at least six dead, among them a nine-year-old girl, and 19 injured.

In the large downtown market largely ravaged by a fire caused by a Russian strike, a few vendors offered basic goods while others cleared charred debris.

Vendors and residents who spoke to AFP, some still in shock, expressed concern for the days and weeks to come, as sounds of shelling were heard again.

But Zelensky’s address Sunday evening was defiant, predicting Ukrainian troops would “win back” territory in the Donbas just as they had in other regions earlier in the war.

On Monday, leaders from dozens of countries and international organisations met in the Swiss city of Lugano with the aim of hashing out a roadmap for Ukraine’s reconstruction.

Lugano is not a pledging conference but will instead attempt to lay out the principles and priorities for a rebuilding process aimed to begin even as the war rages.

“Ukraine can emerge from this on a path towards a stronger and more modern country,” European Commission President Ursula von der Leyen said.

But for residents in Bucha — a Ukrainian town synonymous with war crimes blamed on Moscow’s forces after their retreat in April — fear remains even as talk begins of reconstruction.

“Everyone has come back, is starting to repair houses, many are putting in new windows. It would be terrible if it started again, and we had to leave everything again.”