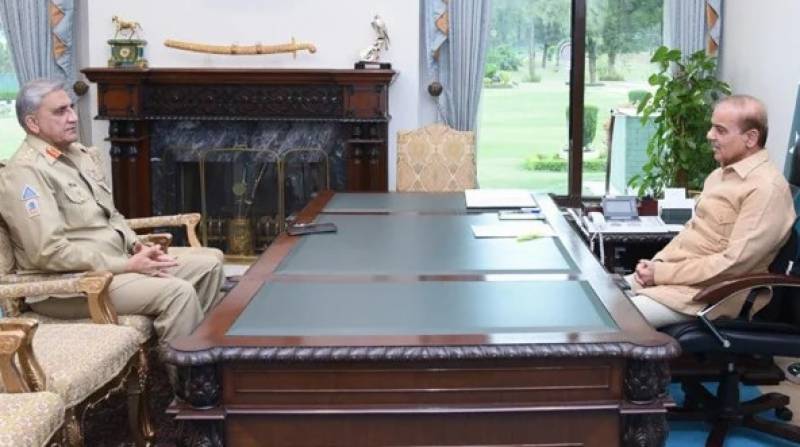 According to reports, Army Chief Bajwa and Prime Minister Shehbaz met one-on-one at Prime Minister House in Islamabad. They talked about the Army’s professional preparedness. They also met to discuss the internal matters of the country’s security condition.

The Prime Minister also thanked the Army Chief for winning the Saudi Civil Award on this occasion.

It is worth noting that Chief of Army Staff Gen Bajwa was in Qatar on Thursday on official business. He met with His Highness Sheikh Tamim Bin Hamad Al Thani, Emir of the State of Qatar, and His Excellency Doctor Khalid Bin Mohammed Al Attiyah, Deputy Prime Minister and Minister of State for Defence Affairs, State of Qatar.

During his discussions with Qatari monarchy and political officials, he discussed mutual interests, defence and security cooperation, and the regional environment.

According to the COAS, both countries have a long history of friendly relations and a strong sense of brotherhood, which are being transformed into an enduring partnership. Both sides emphasised the significance of expanding collaboration in all areas.