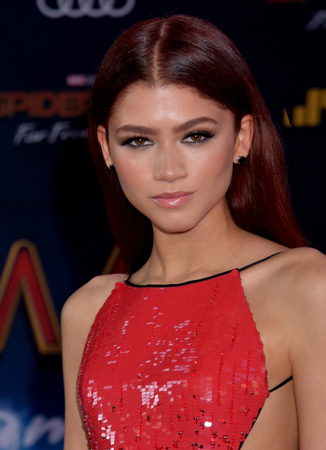 Zendaya is speaking out after being the subject of pregnancy rumours. Over the past few days, a couple of TikTok videos went viral that were falsely look like the Euphoria actress is expecting a baby with boyfriend Tom Holland. They incorporate a growing “Krissed” meme, featuring an image of Kris Jenner, to admit to the prank at the end.

On June 15, Zendaya, 25, issued a statement on her Instagram Story. “See now, this is why I stay off Twitter,” she wrote. “Just making stuff up for no reason weekly.”

“Anyway back to filming…Challengers,” the actress added, referring to the new romantic drama film she been shooting with The Crown’s Josh O’Connor and West Side Story’ Mike Faist.

One prank video, shared by TikTok user @robairesbussy, includes a photoshopped pic of Zendaya with a baby bump, walking with Holland, and the words, “WAIT SINCE WHEN WAS ZENDAYA PREGNANT.” The caption notes the clip is a “#joke.”

Another TikTok video, posted by user Ryan Roberts, shows the poster pretending to gasp at the image of a sonogram of a fetus about 20 weeks old, superimposed on a screenshot of a real Instagram post that Zendaya shared on January 30, which had contained a promo for Euphoria. She had included the caption, “I love you. Halfway there.” The TikTok user edited it to look like she tagged Tom, Zendaya’s Spider-Man co-star. The TikTok video also included a text box with the words, “There’s no way.”

At the end of the clip, a “dancing” Kris is shown, along with the text, “YOU JUST GOT KRISSED…SEND THIS TO YOUR FRIENDS TO #KRIS THEM!!”

When one user noted that the video was going viral on Twitter, the creator responded, “I JUST SAW.”

Another person wrote, “This isn’t funny and whoever started it I feel sorry for cause what goes around really does come around.” Ryan replied, “It’s funny.”

After Zendaya posted her Instagram Stories, a few users told Roberts that Zendaya was “mad at” him. He responded, “I’ve been noticed.”